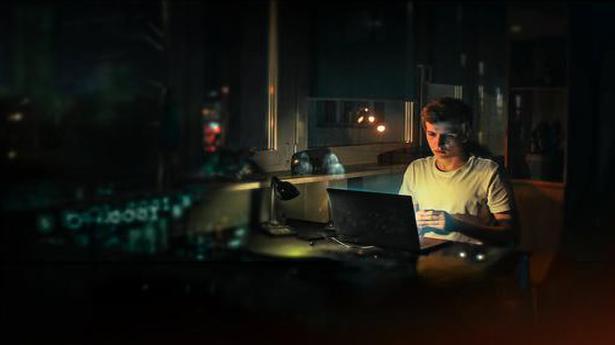 Elections will no longer be won by votes, but by the staggering amount of noise a political party amplifies on the Internet. Politicians will continue to benefit from the collective hysteria of a dire cause — manufactured and manipulated for their own agenda — that is long lost. Their mere virtue signalling will no longer be mistaken for minority appeasement.

Wars will no longer be fought by soldiers in the battlefield, but by keyword warriors on social media. For, today, we stand united in a common fight against a common enemy, whose malignancy grows by and large with a much greater potency than any recorded tumour — mind you, this isn’t a fight between the far-lefts and far-rights. It is a fight against a society that is dangerously resilient to the fundamentals of rationalism. For, today, the world is engulfed by the oneness of one ideology: hate — a cursory glance at Twitter, a politician’s speech or newsroom debates for that matter, will point towards that direction.

In The Hater, Polish filmmaker Jan Komasa makes a case for what this rather abstract emotion means, in today’s rapidly politicised and polarised climate, where voices of dissent are stifled; where free speech largely remains a theory; where innocents are crucified based on assumptions; and where gullible youngsters are radicalised into mercenaries.

Early on, in the movie, the central character — Tomasz (Maciej Musiałowski) — is expelled from law school for lifting a paragraph from his professor’s book without attribution. He doesn’t show any remorse and gives a curt reply instead: “It is a matter of perception.” Perception is what that would drive him out of law school and that would later involve him in unlawful activities.

We only get to see fragments of Tomasz from the characters he meets, and stitch them together to form a complete picture about him. We come to know that he is from an economically backward class who survives on his “scholarship” money he gets from his uncle and auntie (The Krasuckas). That the Krasuckas are well-off and are affiliated to an independent liberal candidate Paweł Rudnicki (Maciej Stuhr), who runs for the local Mayor elections — the way this information is slipped is without much pondering. That he has an eternal feeling for their daughter Gabi (Vanessa Aleksander), to whom he sent a friend request seven years back. That he is a compulsive stalker and a pathological liar.

We don’t just see the hatred Tomasz develops against the left-leaning Krasuckas, that would take a full-borne shape in the second half, but also the hatred that surrounds him. In the eyes of the Krasuckas, he is a nobody who got lucky by getting into a law school. He is constantly ridiculed and joked about for his economic background. There is a Parasite-like commentary when the aunt makes a joke about his “smell” and the “cologne” he used. One suspects that the reason he went to law school was also to earn their “respect” and “social privilege” to wed their daughter. All this only further manifests more hatred in him.

Some of the initial portions — which could have easily been trimmed by 15 minutes — come across as an innocent love story between two classes, but the narrative gear changes when Tomasz chances upon Beata (Agata Kulesza), who, on the outside, runs a public relations company. But in reality, she fosters a fake propaganda campaign for a right-wing political party, which is dead against Pawel for his liberal values. The Hater, like its protagonist, struggles to arrive at the central conceit: hate mongering, provocation and well-orchestrated PR machinery employed by a political party. When it does, the ‘how’ part becomes more interesting than ‘why’, which is Jan Komasa’s slender attempt to have a sympathetic gaze at his protagonist.

In an effort to cocoon out of his poor lifestyle, Tomasz falls into more pitfalls when he gets commissioned to run a smear campaign on the dark web. Hate, in essence, not just sells but pays — “There are no rules in the textbook in terms of manipulation and provocation,” remarks a character. He channels his inner aggression to launch an avalanche of hate groups and offers innovative ideas for fake propaganda without considering the ramifications it would cost. And what are the issues that would earn immediate provocation? Islamophobia, xenophobia, jingoism and LGBTQIA+.

You cannot help but wonder how much relevance The Hater has worldover, regardless of the geographical boundaries — it takes the form of right-wing propaganda, if you place it in Indian context. “Ask the Indians for 80 more fake accounts,” says Beata, to a visibly surprised Tomasz. “Do you think we’ll get fake accounts from Europe,” she says. The moment you react to a provocative hate message/post, it is a victory not just for Tomasz but for people perpetrating hate, masquerading under a fake identity. Though it makes an interesting commentary on a global pandemic (not COVID-19), The Hater, however, falls short of becoming a good movie. Especially when it gets bogged down by narrative issues in the second half and the final act — which appears like an idea worked on much later — goes for a toss.

“The aeroplane and the radio have brought us closer together. The very nature of these inventions cries out for the goodness in men…cries out for universal brotherhood — for the unity of us all,” said Chaplin in the closing monologue of The Great Dictator. These technological inventions can only stake claim in splitting the world into two fractions: either you are with them or against them. If only Chaplin were alive to see where we are headed.

For as long as one succumbs to that very temptations of hate without resistance, there will be a Tomasz at work. As a character befittingly puts it: “Words fly away, but writing remains.”

The Hater is currently streaming on Netflix

Ex-FDA chief urges US to stay united in coronavirus fight

‘Game Of Thrones’ Star Questions Nude Scenes After Me Too Movement

‘The World Goes Away’ and Other Lessons From Online Acting Class