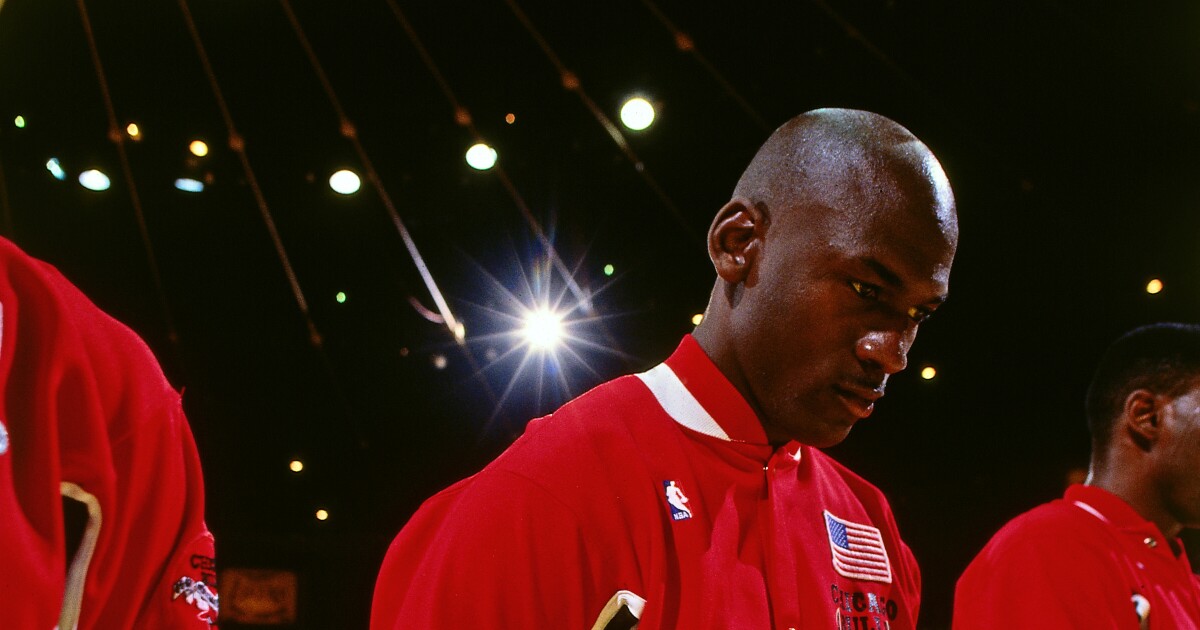 He’s the most famous athlete of his generation, one of the most famous public figures ever. He appeared in six NBA Finals, won all six, and was the MVP each time. So why would Michael Jordan take part in a 10-episode docuseries when its director said up front that it would go to some very uncomfortable places?

“I said, ‘Why do you want to do this?’ and he said, ‘I don’t,’” says “The Last Dance” director Jason Hehir. “He was concerned people, specifically when they saw footage of him at practice in ‘97-’98, would take it out of context. If they see him getting on his teammates, swearing at them … they’d have an impression of him that wasn’t accurate. I told him, ‘We have 10 hours to give full context to this.’

“The stuff of him being a difficult, demanding teammate, he got into that immediately the first time we met. And 45 minutes into that first interview is when he gets emotional: ‘If you don’t want to play that way, don’t play that way,’ and asks to cut the cameras. It’s clear how passionate he is about his philosophy about winning and his philosophy about leadership.”

A look at the 10-part documentary series on Michael Jordan’s final season with the Chicago Bulls.

The framework of “The Last Dance” is the fraught-yet-glorious 1997-1998 season that capped the second of the Bulls’ three-peats, so there’s plenty of breathtaking basketball action. There are backstories of indispensable teammates, their sometimes inexplicable actions, and the insurmountably toxic conflicts between the team’s key architect, General Manager Jerry Krause, and others, including Coach Phil Jackson and secondary superstar Scottie Pippen.

The warts-and-all series goes there with Jordan’s less-shiny moments and other difficult chapters (such as his gambling habit and the shocking murder of his beloved father), and that’s good: What makes Jordan so fascinating is not simply his athletic talent but his indomitable will. It’s what made him who he is, what sets him apart from mere humans.

“I told him, there are some questions I’m going to have to ask; how you answer them is up to you,” says Hehir. “He was adamant from the beginning: ‘You can ask me anything you want.’ I’m thrilled to say he answered every single question, and did so candidly and honestly.”

Hehir admits it could take time to break through the practiced answers of a man who has been asked many of the same questions for decades now. It helped to spring video clips on him of others’ interviews and catch him reacting in the moment (some reactions became instant memes). However, when it came to the death of Jordan’s father, James, in 1993, the filmmaker had to tread lightly.

“That scene after the ’96 Finals when he collapses in the locker room and he’s heaving, crying on the ground … it almost felt too personal. I had never seen that footage with the audio attached to it. I choke up when I think about it now. This is the first time he’s won a championship and his father’s not there beside him.”

Hehir calls the interviews with Jordan’s mother, Deloris, the most revelatory beyond those with the man himself. Her toughness and insightful support of her son clearly shaped the man he was to become — as did the actions of James Jordan.

Hehir recalls a story that didn’t make the series: “They had a one-level home, and when the kids started to get bigger, they were running out of room. The father ripped the roof off the house and built the second story by himself. ‘Why would I pay somebody else to do something I can learn how to do myself?’ This is the work ethic that was instilled in Michael from the time that he could walk.”

The ESPN/Netflix documentary smashed ESPN ratings records and boasts a 96% positive rating on Rotten Tomatoes. But getting there sometimes felt like hitting a midcourt shot.

“It was like one of those logic problems where you have the wolf and the sheep and you’ve got to get the grain to the island. There were so many needles to thread. You’re going to tell the story of the Bulls’ dynasty, it has to star Michael Jordan, and it has to be through the lens of the ’97-’98 season, and it’s going to air on Netflix and on ESPN, so you have two different audiences,” says Hehir.

As the episodes unfold, a theme arises: “The pursuit of excellence and the price of excellence,” Hehir says. “Any scene that you see is going to be about one of those two things. My mind immediately went to Michael as a youngster playing at [the University of North Carolina] in the pursuit of excellence. He’s singularly focused in a way his teammates aren’t, even at that age … refusing to accept less than the best he could get from himself.

“Then you go to Episode 7 and as a grown man, he’s still behaving this way and refusing to accept any less from those around him; the best that they can give. That’s him being a leader, pursuing excellence. But the price of that pursuit is the reputation he cultivated of being this tyrant.

“Nobody’s perfect; not even Michael Jordan.”

Spike Lee talks about Michael Jordan and the making of his Nike commercials with the basketball icon.

Vivo G1, Based on Vivo S6, Leaks Ahead of Official Launch

How to Donate Blood

How a Food Bank Manager Spends His Sundays