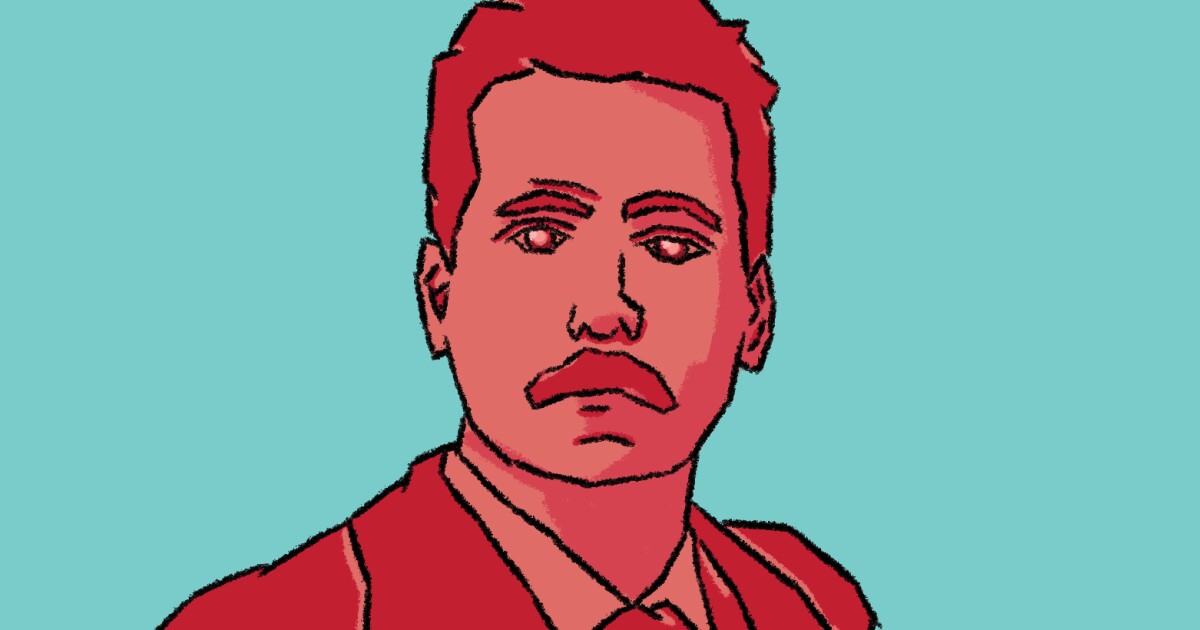 The Republican National Convention climaxed last week with its presidential nominee’s name spelled out in fireworks over the National Mall. The first family was then serenaded by a pop operatic tenor in the aria “Nessun Dorma” from Puccini’s “Turandot.”

Nessun dorma, meaning no one sleeps, might have been a sly reference to a demeaning nickname for a Democratic opponent as “sleepy.” But this persistently popularized aria in fact expresses a Chinese prince’s extraordinary resolve to triumph over forces that tempt him to reject gifts of fabulous wealth, the allure of half-dressed women and even the path to supreme political power. On an evening that forewarned escalating U.S. animosity toward China, the GOP celebrated with fireworks, which were invented in China, and an aria from the greatest opera about China.

When it comes to nationalism, and especially opera, little needs to be what it seems.

The next morning, I set my alarm for 6 so I could catch the last act of “Turandot” being streamed live from Taiwan. The opera served as a celebratory symbol of the reopening of the Taipei’s National Koahsiung Center for the Arts. Fully staged with more than 250 performers and — just like on the White House lawn the night before — a large audience of nearly 2,000 sat close together in defiance of the coronavirus.

Taiwan, of course, has its own escalating issues with mainland China, tensions having the reached the point that the small island nation is undergoing military exercises in fear of an invasion. The Taipei production reimagines Puccini’s cruel opera about a princess fixated on avenging the rape and murder of a distant ancestor as the nightmares of a modern Chinese woman against a backdrop of the 2014 student protests in Hong Kong against Chinese rule.

Then again, there is China’s own complicated relationship to “Turandot.” The work’s origin was a Venetian 1752 commedia dell’arte play inspired by collection of Persian stories that Carlo Gozzi transferred to an imaginary China of seven centuries ago. China banned the opera for decades because of its portrayal of the Chinese as barbarians. When finally performed in Beijing in 1995, it was set in a mythical kingdom in Central Asia.

The Chinese quickly changed their tune, though. Three years later, Zubin Mehta conducted an on-site media extravaganza, “Turandot in the Forbidden City,” directed by the celebrated Chinese filmmaker Zhang Yimou. When Beijing opened its grandiose National Centre for the Performing Arts (a.k.a. “The Giant Egg”) in 2008, only an over-the-top “Turandot” would do for its first opera.

Puccini did not live to finish “Turandot,” and for that NCPA production, a young Chinese composer was commissioned to add further nationalist ardor to the event. Most years since, the NCPA has remounted the production, as though “Turandot” had become an enduring national monument.

In the end, no one actually owns Turandot, and no one seems particularly intent upon looking after it for the next generation. Thanks to the Three Tenors, politicians, pop stars and soccer clubs do with “Nessun Dorma” what they will, while the opera world just as readily does what it pleases with “Turandot.” And that is part of its greatness. “Turandot” is the Tao of opera.

Google Puccini and Lao Tzu, a contemporary of Confucius and the founder of Taoism, and you won’t come up with much other than a single reference to the Tao by the three seemingly inexplicable commedia dell’arte comic characters. For all Puccini’s seeming stereotyping of Ping, Pang and Pong — which becomes egregious in productions that mistake them as comic figures out of Gilbert and Sullivan — it is they who, in comparing Turandot to the Tao, offer the philosophical key to the opera.

Turandot doesn’t exist, they sing. She is simply Nature in her operation. They warn the prince, Calaf, that rather than try to change the implacably frozen heart of Turandot, who murders her suitors when they inevitably fail to solve her three riddles, he is better off to just go with the flow. Take the loot, the women and promise of ruling other lands. She is but one woman and, undressed, like any other.

That flow is the very essence of “Turandot.” Puccini kept the tap open, allowing the music to flow between past, present and future in a way never before found in opera.

When he began composing “Turandot” in 1920, Puccini was 61 and the most successful opera composer in the world. But that world had just been transformed by the Great War, and there had been enough of the grim reality that Puccini poignantly underscored in his verismo operas.

All around him was the language of the new. Debussy, Stravinsky and Schoenberg revealed new possibilities in harmony and form. The most imaginative literature, drama and visual art was moving toward abstraction. Unanswered questions said more than predictable narrative, and Turandot was a modern enigma.

She speaks in riddles. She does not operate by moral strictures. She makes ruthless rules, and when she loses, she breaks them. Her obsession with righting wrongs of history prevents her from living in the present.

Lao Tzu likened the Tao to the watercourse way. Water doesn’t need to remove an obstacle, such a stone; it merely flows over it. That is what Puccini exceptionally manages. He was tied to his Italian opera tradition, musically and melodramatically. Still, he seldom lets that stop him in his last opera. When he needs to make space for the occasional aria or let in a modicum of sentiment, he never stops the flow.

Puccini does adopt traditional modal Chinese tunes as well as make up his own. But this is Chinoiserie wallpaper. What makes “Turandot” a true Chinese opera is not that it sounds Chinese but it follows the Tao. The orchestra is like the sky above and the ocean below, hurling clouds and surging waves, ever changing, ear-catching in colors and surprising in harmonies that don’t predictably resolve, keeping you off guard just often enough. This is the environment, and as striking as the demands of the singers, the orchestra is the environment with which they must become one.

There is but one sympathetic character, an enslaved girl named Liu who sacrifices herself for Calaf’s sake, making her the yin to the callous yang of Turandot. Ping, Pang and Pong, who comment on the action more than they try to change it, are mischievously removed from cause and effect. They are known as the Masks, and as pure embodiment the Tao, masks do not come off.

“Whenever there is no desire, one beholds the mystery,” Lao Tzu wrote. “Whenever there is desire, one beholds the manifestations.“ Turandot is lacking all desire. Calaf is all-consumed by desire. Puccini searched long, hard and unsuccessfully for the musical sorcery to procure a union of opposites. He died in 1924, leaving only sketches for the final duet.

Franco Alfano, using Puccini’s sketches , wrote a conventional ending that channels a past Puccini, not a future one. The bland ending that Hao Weiya wrote for the new Beijing production accepts further Westernization.

But an ending by Luciano Berio, given its first performance in a staged production by Los Angeles Opera in 2002, supplies the missing link. Berio places Puccini’s sketches outside of time, allowing them to interact with music of Puccini’s past, present and unknown future. This “Turandot” ends not in glory but with a final, quiet unanswered question. Calaf and Turandot resolved desire but not intention. Eros can lead anywhere and nowhere. They go off uncertainly into the unknown.

At the 1926 premiere in Milan, conductor Arturo Toscanini did something similar. He put down his baton at the place where Puccini stopped writing. Toscanini had that evening commanded a different kind of triumph. La Scala felt compelled to invite Mussolini, who was busily turning Italy into a police state. Mussolini insisted that Toscanini conduct a royal march for his entrance. The anti-Fascist conductor refused, and La Scala sided with Toscanini. For a short, symbolic moment, Puccini kept Mussolini at bay. But with such a threat in power, Toscanini warned that no one in Italy must sleep.

Zubin Mehta has recorded “Turandot” three times, and his classic first — an all-star 1981 set with Joan Sutherland and Luciano Pavarotti — has been sensationally remastered in hi-res.

“Turandot and the Forbidden City,” the film directed by Zhang Yimou and conducted by Mehta, is out of print, but used DVDs are easily found online.

The first Three Tenors concert remains eternal and can be found on YouTube.

Maria Callas was the most theatrical Turandot of them all, as she proves in her 1957 studio recording, also on YouTube.

Herbert von Karajan’s lavish recording, which includes Placido Domingo at his best, is overwhelming for sheer gorgeousness and grandiosity.

For unsurpassable splash, look to 1960 live broadcast recording from the Metropolitan Opera, conducted by Leopold Stokowski and featuring Birgit Nilsson and Franco Corelli trying to outdo each other.

Luciano Berio’s new ending can be found on two videos of performances that were decently staged and sung and compellingly conducted: one by Valery Gergiev at the Salzburg Festival in 2002, and the other by Riccardo Chailly at La Scala in 2017

The Tao of “Turandot” is best captured in the staging by Robert Wilson at Teatro Real in Madrid.

With live concerts largely on hold, critic Mark Swed is suggesting a different recorded music by a different composer every Wednesday. You can find the series archive at latimes.com/howtolisten, and you can support Mark’s work with a digital subscription.

Are Exotic Skins Out of Fashion? 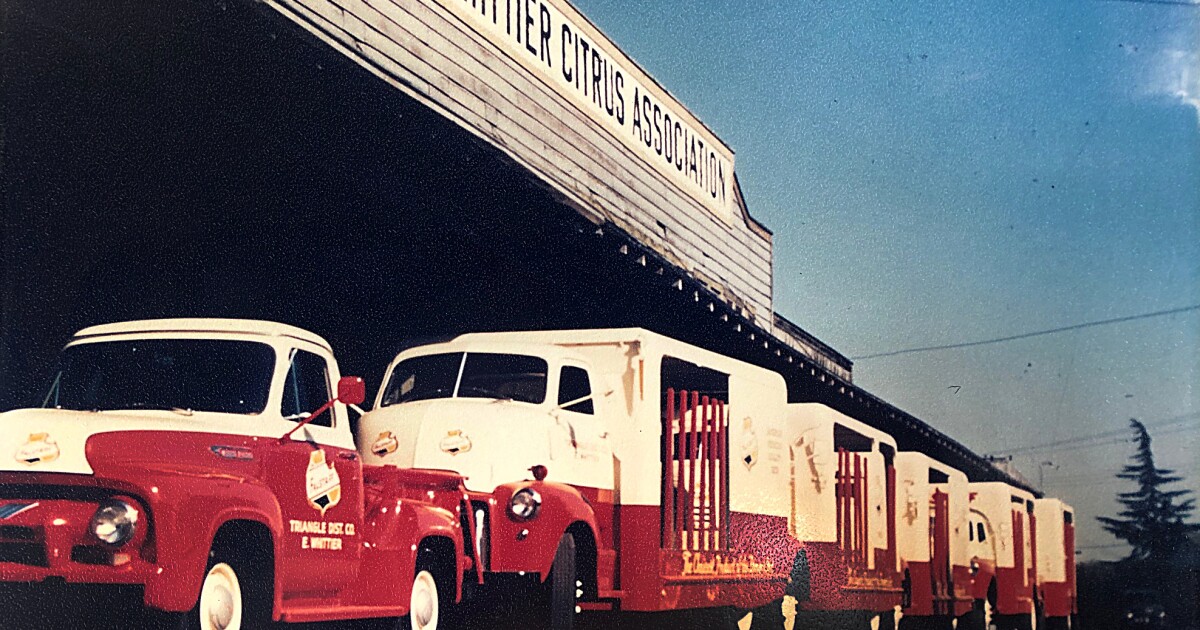 Big companies are swallowing up smaller ones. Why that’s not good for the economy 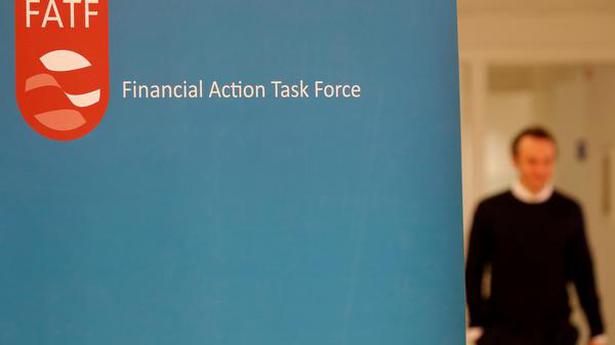