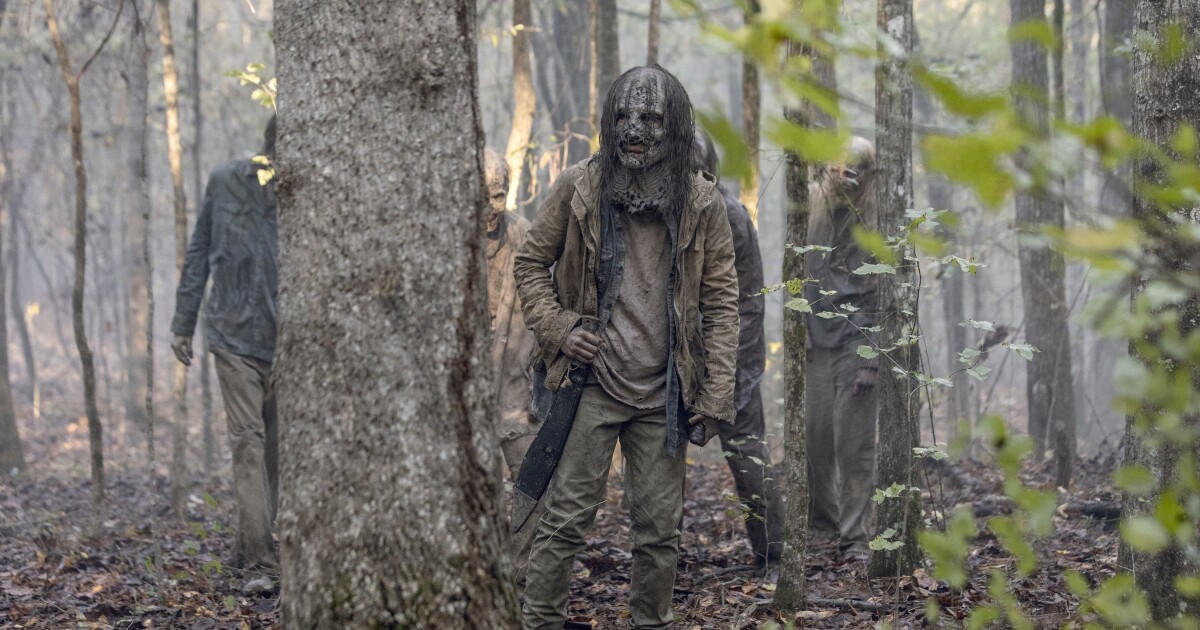 The following contains spoilers from tonight’s episode of “The Walking Dead,” “A Certain Doom.”

From the trailers and sneak peeks, fans knew Maggie (Lauren Cohan) was returning to the show, and that a mysterious masked man with some serious fighting skills would show up as well.

In a conversation with The Times, showrunner Angela Kang wasn’t willing to confirm the masked man — who turned out to be with Maggie — would fill the role of right-hand man/love interest that the character Dante did in the comic books’ final arc, the “Commonwealth” story. But she did have a thing or two to say about the surprise return at the end of the episode of a character who had dropped out of sight and apparently out of the show’s mind: Lauren Ridloff’s Connie, who, like the actress, is deaf.

She was last seen way back in Episode 9, “Squeeze,” which aired in February, when she and Magna (Nadia Hilker) were trapped in a cave. In Episode 12, “Walk With Us,” Magna returned to the group to say she and Connie got out alive but were separated. That left fans who were hoping for a romance between Connie and Daryl (Norman Reedus) holding the Conryl or Darnie bag — what happened to her?

At the end of “A Certain Doom,” we finally see her again — alive and kicking. Why the long disappearing act?

“We love Lauren Ridloff,” said Kang. “She got an opportunity to act in [the Marvel Cinematic Universe film] ‘The Eternals’ and we wanted her to be able to do it and she wanted to stay on the show, so we had to drop her out of some episodes that we did not want to drop her out of. But you know, we always get actors, like, if there’s an amazing opportunity … there’s enough pie for people. If they get an opportunity to be part of something incredible and we can make it work, we’ve tried to be supportive when we can.”

Ridloff’s “Eternals” character is Makkari (“Makarri,” a male Eternal, in the original Jack Kirby comics of the 1970s). Makkari is a super-speedster with the ability to run on water and even create cyclones by doing so. The character’s abilities in the movie are as yet unknown, but she will be the first deaf hero in the MCU.

The Pilgrimage Must Go On: Senegal Holds Festival That Could Draw Millions

Conchata Ferrell, Berta On ‘Two and a Half Men’, Dies at 77

Anger Surges in India Over Deadly Border Brawl With China

China refutes 24 ‘lies’ by US politicians over coronavirus