Dr. Scott Gottlieb, the former commissioner of the F.D.A., described these procedures as a misguided attempt at a “zero-fail testing protocol” in an interview on CBS’ “Face the Nation” on Sunday, saying that officials “weren’t taking any precautions beyond testing people who are going to be in contact with the president.”

However, according to the products’ packaging, both Abbott rapid tests are intended for people with Covid-19 symptoms, early on in their illness. When Abbott submitted the tests for emergency authorization from the F.D.A., the company provided data only for people with symptoms. When used appropriately, the company has said, both tests perform about 95 percent as well as P.C.R. But how well the products do in asymptomatic individuals remains murky.

In a statement, Darcy Ross, Abbott’s senior director of external communications, said the instructions that came with both products gave physicians the power to administer tests at their discretion, regardless of whether the recipients had symptoms. “As with all tests that have received an E.U.A., a health care provider will determine if a person needs a Covid-19 test,” she said.

Dr. Krutika Kuppalli, an infectious disease physician based in South Carolina, said she would not feel comfortable administering such tests to healthy patients: “We don’t have data to show how this test is going to perform in that population.”

Abbott was not required to submit data evaluating either test’s performance in asymptomatic populations when applying for emergency approval from the F.D.A. But Ms. Ross confirmed that such studies are underway, and the company has told experts that it thinks asymptomatic testing is likely to pan out.

On Saturday evening, Andrea Wainer, Abbott’s executive vice president of rapid and molecular diagnostics, emailed a document entitled “Perspectives on Testing” to several public health experts, including Dr. Ashish Jha, dean of the Brown University School of Public Health, containing preliminary results outlining the ID NOW’s performance in people without symptoms. Among an unspecified number of individuals, the test picked up about 88 percent of the infections found by laboratory P.C.R. tests, the company statement said. Numbers were not reported for the BinaxNOW.

“By studying the test in the asymptomatic people, Abbott knows it works in that population,” the document said. “It can’t say that for itself, because the test isn’t approved for that, but that data has been shared with others and the F.D.A. too.”

Bugs Bunny Is Back, and So Is the ‘Looney Tunes’ Mayhem 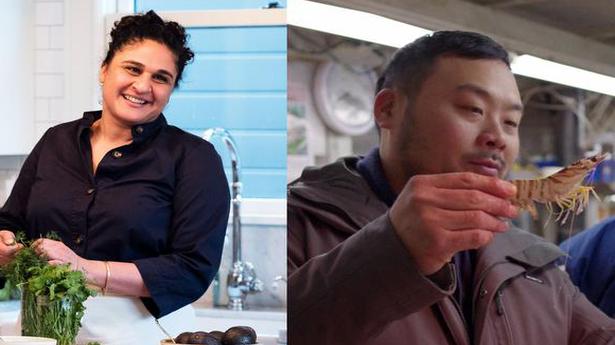