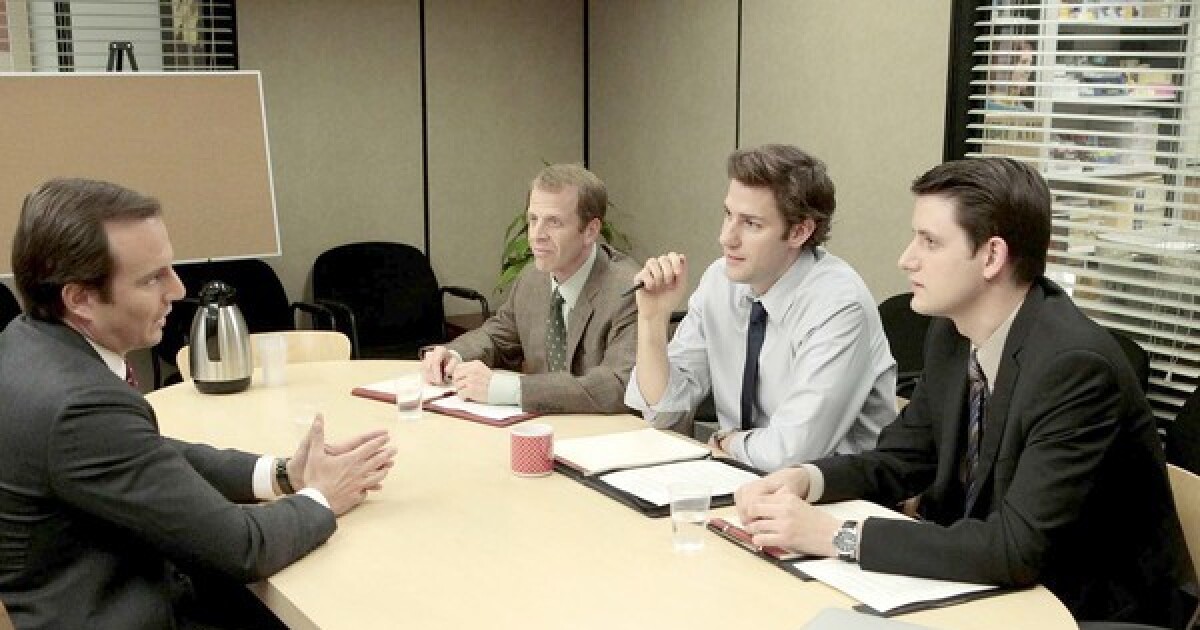 Several TV episodes and scenes featuring characters in blackface have been pulled from streaming and syndication in recent weeks as Hollywood confronts its racist past and present.

Last week, Tina Fey made headlines by asking NBC to remove episodes of “30 Rock” featuring blackface, and issuing a controversial apology “for pain they have caused.” Other scripted shows, including “Community,” “The Office,” “Scrubs” and “The Golden Girls,” have since followed suit in an effort to erase racist tropes and images from their histories.

Late-night TV also has been forced to address blackface scandals after sketches with the hosts of “The Tonight Show Starring Jimmy Fallon” and “Jimmy Kimmel Live” performing in blackface resurfaced.

Fallon apologized for making the “unquestionably offensive decision” to wear blackface while impersonating fellow comedian Chris Rock for a 2000 “Saturday Night Live” sketch, while Kimmel apologized for appearing in blackface multiple times on “The Man Show,” which ran from 1999 to 2004, apologized weeks later.

With viewers increasingly dependent on streaming platforms rather than physical media, the editing and removal of these scenes and episodes leaves little trace of their existence. As such, The Times has compiled a list of streaming TV shows that have recently edited or removed episodes featuring blackface, along with synopses of the racist imagery and stereotypes contained therein.

On June 15, comedian and actor David Cross announced that Netflix had decided to pull a sketch from his and Bob Odenkirk’s “W/ Bob and David” that featured Cross in blackface.

The sketch, titled “Know Your Rights” (Season 1, Episode 3), saw Cross’ character, Gilvin Daughtry, give an absurd “how-to” lesson on maintaining “your rights in the face of police harassment.” Appearing at first sans blackface, Gilvin interacts with a police officer (Keegan-Michael Key), who stops his car briefly and then lets him pass.

When Cross’ character rolls up to the checkpoint again in blackface, the same police officer — exasperated by Gilvin’s repeated attempts to provoke him — defers to his colleague, who attacks Gilvin with pepper spray and a taser.

Unaware of the family meeting, Blanche and Rose stumble into the room in matching brown mud masks. “This is mud on our faces,” Rose says, explaining their appearance to their guests. “We’re not really Black.”

Netflix pulled the episode, which saw Ken Jeong’s Ben wear a white wig, blackface and body paint while participating in a roleplay game with his classmates. At one point in the game, Pierce (Chevy Chase) refers to Ben as “Blackface” and Shirley (Yvette Nicole Brown) asks whether the study group is “just going to ignore that hate crime?”

On June 26, “The Office” creator Greg Daniels confirmed to Variety that a scene from “Dwight Christmas” (Season 9, Episode 9), featuring a character in blackface, had been edited out.

The scene took place during an office holiday party thrown by Dwight (Rainn Wilson), who dresses up as the Dutch gift-giver Belsnickel and taps his assistant, Nate (Mark Proksch), to accompany him as Zwarte Piet, or “Black Peter,” a racist character from Dutch folklore.

Prior to edits, Nate was briefly seen walking through the Dunder Mifflin parking lot wearing blackface with red lipstick before immediately turning back at Dwight’s last-minute request. Dwight calls him off after being scolded by Stanley (Leslie David Baker) when his colleagues learn of Belsnickel’s racist origins.

In “My Friend the Doctor” (Season 3, Episode 8), J.D. (Zach Braff) appeared in blackface during a fantasy sequence in which he imagines himself as his best friend, Turk (Donald Faison), in a romantic situation with Elliot (Sarah Chalke).

In “My Jiggly Ball” (Season 5, Episode 4), Chalke wore blackface during another fantasy sequence in which J.D. imagines her character as “half Turk and half Elliot” while playing video games on the couch.

And in “My Chopped Liver” (Season 5, Episode 17), Turk and J.D. arrived at a fraternity house in white face makeup and blackface, respectively. “Are you sure this isn’t offensive?” J.D. asks, to which Turk replies, “Buddy, relax. These are my guys, all right? As long as you’re with me, they’re going to find this funny.” But when J.D. is met at the door by several Black fraternity members, they aren’t amused, yanking him inside to beat him up and throw him out.

In “Believe in the Stars” (Season 3, Episode 2), Jenna (Jane Krakowski) wore blackface while swapping identities with Tracy (Tracy Morgan) in a “social experiment” to “prove who has it hardest in America: women or Black men.”

“Live Show” (Season 5, Episode 2), the East Coast edition of “30 Rock’s” first live episode, featured a sketch in which guest star Jon Hamm gets a hand transplant from a Black man who was executed. The show also referenced the unfounded racist conspiracy theory that former President Barack Obama was not born in the United States with a fake Fox News ticker that read, “Exclusive Interview With Kenyan Liar.”

Hulu and Netflix U.K. have each taken down five episodes of “It’s Always Sunny in Philadelphia.”

“The Gang Recycles Their Trash” (Season 8, Episode 2) saw Dee reprise her racist Martina Martinez character in brownface makeup while trying to incite an uprising among Black and Latinx sanitation workers.

“The Gang Makes ‘Lethal Weapon 6’” (Season 9, Episode 9) saw the pub crew stage a sequel to “Lethal Weapon 5,” with everyone returning to the same racist costumes — plus Dee in full blackface as Murtaugh’s daughter.

‘Peep Show,’ ‘The Mighty Boosh’ and ‘The League of Gentlemen’

Netflix has cut a scene from the second season of the British series “Peep Show,” in which Jez (Robert Webb) wore blackface and remarked to his girlfriend, “It just feels almost wrong. Are you sure this isn’t racist?” to which she replied, “We’re breaking a taboo, of course it feels wrong. We’ve got boundaries to smash, Jeremy.”

Two other British shows, “The Mighty Boosh” and “The League of Gentlemen,” have been removed from Netflix entirely because they both featured Black characters played by white actors. 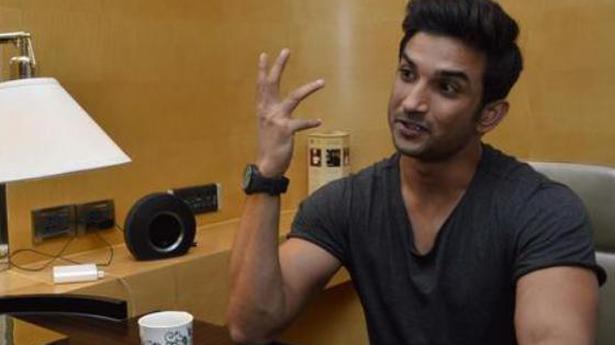 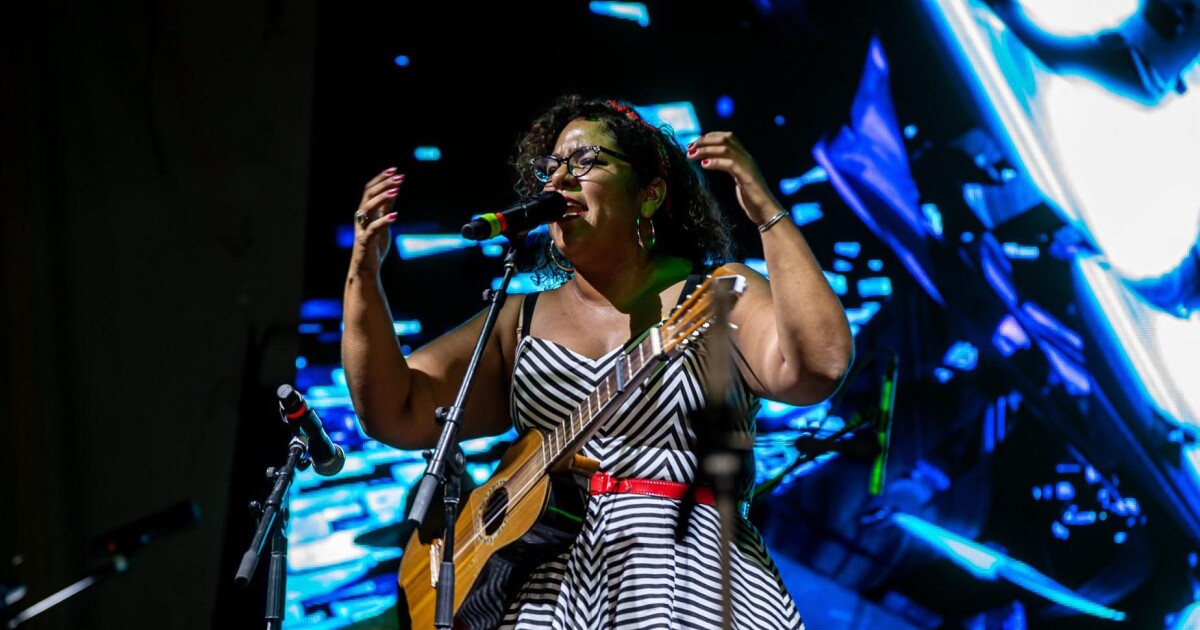 A free concert with La Santa Cecilia’s La Marisoul: Your must-watch of the day

Therapy as a Party Game? Yes, With Fewer Fights Than Monopoly