The empty storefronts and abandoned buildings that once lined the streets of the Greenwood district in Tulsa, Okla., are becoming canvases for a suppressed history of black excellence.

Decades of segregation and disenfranchisement have plagued the neighborhood on the city’s north side, where Black Wall Street — one of the country’s most prosperous African-American communities of the early 20th century — was burned to rubble by a white mob during the 1921 Tulsa Race Massacre, which left more than 300 people dead and an estimated 8,000 others homeless.

For generations, local officials worked to destroy evidence of the mass killing, cleansing history books and urging survivors to stay silent. And despite a call for “racial reconciliation” becoming the city’s unofficial motto in recent years, Tulsa remains deeply segregated — a dichotomy observed recently as protests for racial justice converged with Trump supporters attending the president’s first rally since the coronavirus outbreak. But despite longstanding problems, Greenwood is now experiencing a revival just one year away from the centennial of its destruction.

The reawakening of Black Wall Street is a movement fueled by dozens of artists, black-owned businesses and philanthropists to celebrate the African-American community’s accomplishments while mourning its losses. Anchoring this movement is the Greenwood Cultural Center, which offers educational programming about the neighborhood and is slated to complete a $25 million renovation and expansion project next year.

For Carolyn Sickles, executive director of the Tulsa Artist Fellowship, the recent influx of talent into Tulsa has been a long time coming. “Artists are coming here as part of their own healing processes, but their creative confrontations with the past are also helping mobilize the city,” she said. “And for the first time, we have the framework and support systems in place to keep incredible artists in the state.”

Confronting history is one of the reasons the poet and educator Quraysh Ali Lansana, 55, moved back to his home state of Oklahoma two years ago, motivated by a desire to spread the story of Black Wall Street. A member of the artist fellowship, Mr. Lansana has helped start a series of projects including an upcoming exhibition at the Philbrook Museum in Tulsa about those who stayed after the massacre and a broadcast show with Public Radio Tulsa called “Focus: Black Oklahoma.”

Jerica Wortham, 37, is another guiding force, serving as project manager for the Greenwood Art Project, a public art initiative chosen to receive $1 million from Bloomberg Philanthropies. Alongside the lead artists Rick Lowe and William Cordova, she recently announced the participation of more than 30 other artists, including Crystal Z Campbell, Candace G. Wiley and Sarah Ahmad, who will explore the district’s legacy with artworks and performances across Tulsa.

Mr. Lansana and Ms. Wortham spoke over Zoom about the future of Tulsa, and how art will help memorialize the joys and sorrows of Greenwood. Here are edited excerpts from the conversation.

With many Americans just now learning about the Tulsa Race Massacre, there have been many questions about how to best memorialize victims of the attack while celebrating the accomplishments of Black Wall Street. How can art reckon with this knowledge gap?

QURAYSH ALI LANSANA It’s important to know that there have been three major reawakenings of Black Wall Street, moments when the public becomes conscious of what happened here. The first was immediately after the massacre in 1921. The second was right after the highway was built through Greenwood in the 1960s. And we are now living through a third wave of recognition that comes with the Black Lives Matter movement.

JERICA WORTHAM One of the most significant challenges we have now is that we can’t build our own community. Oklahoma University owns a large portion of the Greenwood district; everything has to be approved through them. And new construction — condos and facilities — isn’t necessarily bringing in more black people. But these new arts projects are meant to discuss what Black Wall Street was and what it could be in the future with the right resources and economic opportunities. It’s also important for us to shine a light on the fact that there are several black businesses thriving in Tulsa despite those barriers to access.

LANSANA Clara Luper, one of Oklahoma’s most noted civil rights leaders, once said, “My biggest job now is making white people understand that black history is white history.” Black Wall Street wouldn’t exist without the forced relocation of black people who traveled West as slaves of Native American tribes on the Trail of Tears, those who intermarried or as freedmen given land allotments; it wouldn’t exist without the Civil War and some of the harshest segregation laws in the country. Yet at one point, Oklahoma had as many as 50 all-black towns, more than anywhere else in the country. But what distinguished Greenwood from other notable black neighborhoods like Harlem in New York, Bronzeville in Chicago, and the Hill in Pittsburgh was land ownership.

WORTHAM There are some Tulsans who are willfully ignorant of this history. But the point is that if a race massacre could happen in Tulsa, then it could happen anywhere. And while we are showing most of the Greenwood art projects in the district, we’re also taking the initiative to neighborhoods with people who might otherwise avoid North Tulsa.

LANSANA The north side of Tulsa is considered highly dangerous by white people in this town, yet it’s the second safest part of the city. We have kids listening to trap music, but their parents are too scared to let them come to Greenwood. It’s an infatuation with black pain, but I think art can help us start speaking to each other differently. The problem is that some Tulsans are resistant to change; many of our institutions are financed by people with direct connections to the Ku Klux Klan members who ran the city when the massacre occurred. And there is always pushback from white people on the south side who refuse to claim ownership for what their ancestors did.

WORTHAM Some of those same people you’re alluding to will find their ancestors mentioned in one of our upcoming projects. The writer Ray Pearcey is preparing a play that puts Wyatt Tate Brady on trial. Brady is one of Tulsa’s founders; he also identified as a Klansman and was a night watchman during the massacre. The plan is to have a three-day trial with a jury and lawyers arguing about his role in the massacre. We have another project that imagines what Tulsa would be like if the massacre never happened. That’s being led by Anthony Brinkley, Ebony Dallas and Derick Tinsley.

LANSANA I’m also very interested in those what-if questions. I recently completed my fourth children’s book, which was co-authored by Najah Hylton and illustrated by Skip Hill. It’s called “Opal’s Greenwood Oasis” and it looks at Greenwood through the eyes of an 8-year-old black girl. With the Tri-City Collective, I’m also helping develop a curriculum to teach Black Wall Street and fill in the gaps that are currently missing.

What are the pressures of being charged with visualizing a chapter of American history that most people don’t know about, and what do you hope will be the impact of these centennial art projects?

WORTHAM There’s not much room to mess up, but I think this is more about accountability. I understand the magnitude of what’s occurring and what we could make together. I’m not leaving Tulsa after the Greenwood Art Project is done. I’m still going to have to look my neighbors in the eyes whenever I go to the grocery store.

Through art, I hope that we can make one Tulsa. We are still a largely segregated town, but the world is now watching how we handle things. This is the moment to go all in and apply pressure to our civic leaders. Black people have to feel comfortable walking down the streets. The beauty of Juneteenth was seeing a glimpse of that joy. But the current statements from our political leaders on racial justice have raised the question: Are these true efforts or just for optics? The Black Lives Matter street mural was made with temporary paint.

LANSANA Myself and another artist actually approached the city to paint our own Black Lives Matter message and were denied. The finished one was made by a predominantly white crew of allies. They likely thought they were doing the right thing, but what did we lose to gain the opportunity of optics? Impermanence. I want the world to know that Black Wall Street thrived in the face of Jim Crow laws and the systemic racism embedded in the DNA of our country. I want to celebrate black excellence more than we celebrate black pain. 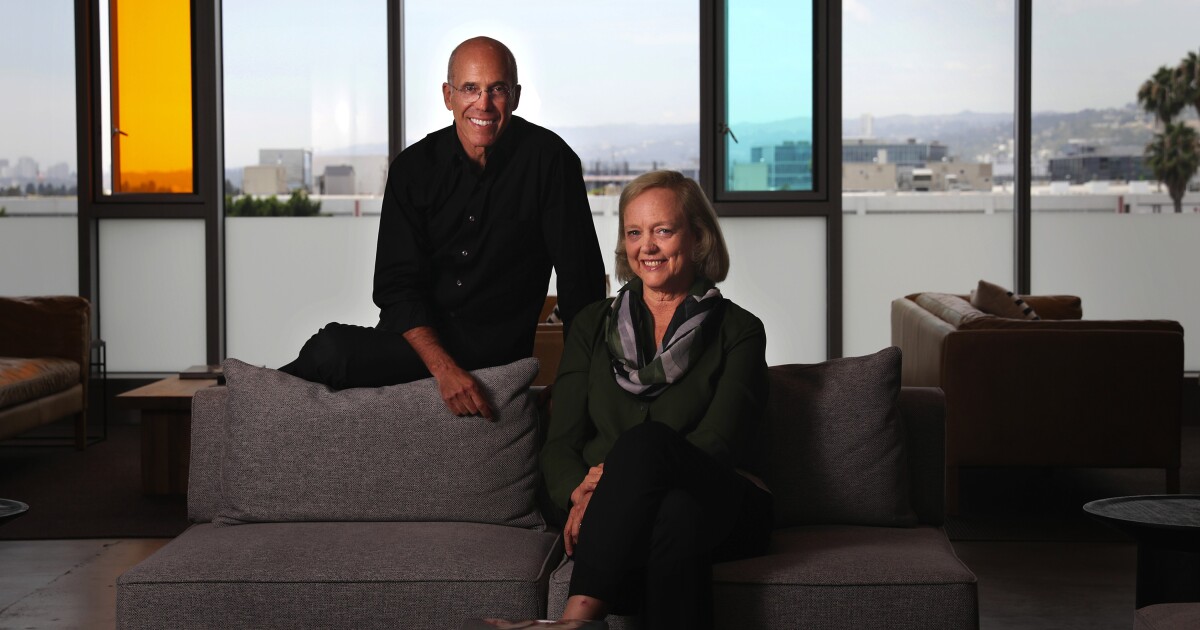 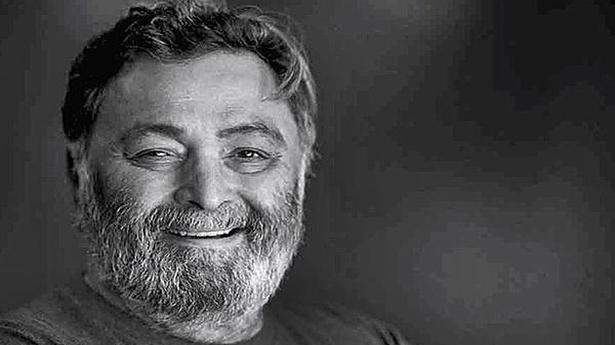