The transaction, worth more than $16 billion, was set to be the largest ever in the luxury sector. LVMH’s chief executive, Bernard Arnault, said that Tiffany would “thrive for centuries to come” as part of his portfolio of premium brands, which includes Louis Vuitton, Dior and Givenchy.

Nine months later, the agreement is in tatters. On Wednesday, LVMH said that it was pulling out of the deal, citing a highly unusual request by the French government to delay the closing as well as the damage caused to the luxury industry by the pandemic. In turn, Tiffany sued the luxury giant in an effort to force the deal through.

Tiffany is now facing several uncomfortable prospects beyond its expensive looming legal battle with LVMH: The deal may eventually be completed, potentially at a discounted price, or Tiffany could remain a stand-alone company looking for a buyer once more, in a much less certain world.

The battle brewing between two of the biggest names in global luxury is one the most prominent examples of the fracturing of deals agreed to before the pandemic devastated retailers. In May, the sale of the lingerie brand Victoria’s Secret to the private equity firm Sycamore Partners fell apart.

On Wednesday, LVMH said in statement that it could not complete the deal with Tiffany “as it stands,” citing a request from the French government on Aug. 31 to delay the deal beyond Jan. 6, 2021, because of the threat of U.S. tariffs on French goods.

Tiffany, in a lawsuit filed Wednesday in the Delaware Court of Chancery, said that LVMH had breached its merger obligations by excluding the retailer from its discussions about the transaction with the French government. In a securities filing, Tiffany said that although LVMH had informed the jeweler that it had received a letter from the French government, the jeweler had not yet seen an original draft of that letter.

In a call with reporters, LVMH’s chief financial officer, Jean Jacques Guiony, balked at a question about whether LVMH had solicited help from the French government to exit the deal. “Are you seriously suggesting that we procure the letter?” he asked. But he later added: “It was fully unsolicited. It doesn’t mean that we didn’t do anything after we received” the letter.

The United States has been threatening tariffs on luxury French products in retaliation for France’s taxes on technology companies that have hit U.S. giants like Amazon, Facebook and Google. Uncertainty over the tariffs has complicated the deal market, but it remains unclear what the exact impact to LVMH would be — and whether the tariffs in question would even go into effect.

“Tariffs are political tools that can be flipped on and off with no notice,” said Scott Lincicome, a senior fellow at the Cato Institute, a think tank. “And because we don’t know who the president is going to be in January 2021, that adds fuel to the uncertainty.”

Speculation had been brewing for months over whether LVMH would try to renegotiate its multibillion-dollar deal with Tiffany as the pandemic wrought havoc across the global luxury business and slashed the jeweler’s sales.

The takeover agreement in November last year had come after months of tense talks between the two sides. LVMH, which had coveted the jeweler for years, was persuaded to raise its offer several times; approval was finally given to a $135-per-share offer, translating to an equity value of around $16.2 billion. Some analysts noted it as a top-of-the-market price.

Still, LVMH initially trumpeted the deal as a coup. The acquisition would consolidate its position as a major player in the hard luxury sector, an industry label given to watches and jewelry products. It would potentially double the size and profitability of its portfolio in that category, which includes brands like Bulgari, Chaumet, Hublot and Tag Heuer, and accounts for roughly 9 percent of total LVMH sales.

Mr. Arnault, long considered the most aggressive and acquisitive deal maker in the industry, was already expanding beyond traditional soft luxury goods like clothing and leather goods. He had overseen a buyout of the Belmond hospitality group in December 2018 for $2.6 billion, and took a majority stake in the German luggage brand Rimowa for $719 million in 2016.

With Tiffany, LVMH would also have gained its most significant beachhead in North America. Few jewelers can claim as much of a hold on American culture as the company, famously memorialized by the book and movie “Breakfast at Tiffany’s.”

Tiffany experienced a rocky road in recent years, with a series of board upheavals as it struggled to turn around falling sales. But under the stewardship of the current chief executive, Alessandro Bogliolo, and the artistic director Reed Krakoff, it has turned its fortunes around, fueled by revamped product offerings and savvy marketing campaigns positioned at younger shoppers. The company invested in a face-lift for its landmark Fifth Avenue flagship store in New York and in greater expansion in China.

Inside Tiffany, the hope was that the deal would leverage LVMH’s presence and expertise in China to help it grow further in that country, where consumers have long powered the growth of global luxury. By becoming a privately held company, the jeweler would also be able to focus on long-term brand building rather than short-term profits and shareholders.

That was before the pandemic caused demand for luxury goods to plummet, with lockdowns prompting widespread shutting of boutiques and department stores and a flatlining of international travel. According to estimates by Boston Consulting Group, global luxury sales are set to contract 25 percent to 45 percent in 2020, with a slow recovery that could take up to three years.

LVMH said second quarter sales fell 38 percent on a like-for-like basis to 7.8 billion euros, or $9.2 billion, following a 17 percent decline in the first quarter. Tiffany’s global net sales fell 29 percent in the quarter that ended July 31, though that was a considerable improvement from a 45 percent drop reported the previous period. Mr. Bogliolo, the chief executive, said that increased sales in mainland China and global e-commerce had accelerated a return to quarterly profitability.

Despite the better-than-expected results reported by Tiffany, the allure of clinching the jeweler after almost a year of wrangling — and in the face of a gloomy forecast for global consumer spending — appears to have lost its luster for LVMH.

“This turn of events is not totally unexpected,” Luca Solca, an analyst at Sanford C. Bernstein, wrote in a note to investors. “Covid-19 has caused second thoughts on a number of proposed deals and the prices they were agreed at. It seems that this is no exception.”

Tiffany’s lawsuit outlined the crumbling of the deal over the past six months. In mid-March, LVMH sought to renegotiate, according to the complaint. In May, LVMH’s most senior management began cutting off all informal discussions with senior Tiffany personnel, the suit claimed, while in early June, LVMH wrote to Tiffany, citing “the pandemic and the current protests and civil unrest in many cities” as among its concerns in the deal.

Tiffany decided to sue LVMH over frustration that nine months after the agreement, the conglomerate had not yet filed for antitrust approval in the European Union, a person familiar with the deal said.

If LVMH succeeds in walking away from the takeover agreement, Tiffany will probably have to chart its own path without a buyer, given the global uncertainty facing retail. 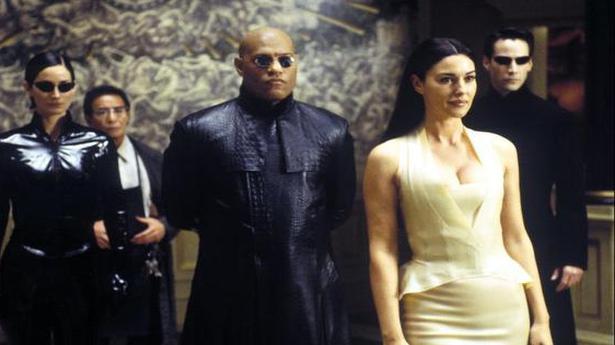