BUDAPEST — Hungary’s restrictions on the financing of civil-society organizations are unlawful, the European Union’s highest court ruled on Thursday, in a resounding rebuke to Prime Minister Viktor Orban over measures that experts have denounced as an attempt to stifle criticism of his administration.

The European Court of Justice found that a 2017 law that required nongovernmental organizations that received foreign financing to identify themselves as such and to disclose their donors had “introduced discriminatory and unjustified restrictions.”

Far from offering citizens transparency, as the government claimed, the court found that “the measures which it lays down are such as to create a climate of distrust with regard to those associations and foundations.”

To comply with the decision, Hungary would have to repeal the law as written. If it refuses to do so, it could face sanctions, including possible financial penalties. The Orban administration did not offer an immediate comment.

Since returning to power in 2010 with a parliamentary supermajority that permits the ruling party to rewrite the Constitution, Mr. Orban and his allies have reshaped the country’s court system, changed electoral laws to favor the governing Fidesz party, and seized control of public and most private media outlets.

The country’s drift toward authoritarian rule has left critics with almost nowhere to turn at home, and the court in Luxembourg and other European Union institutions among the few remaining avenues to challenge the government.

“Normally, in a democracy there are avenues to remedy rights infringements,” said Petra Bard, an assistant professor at ELTE School of Law in Budapest and a visiting professor at Central European University. “But in a society with state capture, these checks no longer function well, so external checks become more important.”

“Court capture has already happened in Hungary — definitely in the Constitutional Court,” said Ms. Bard, adding that the door had closed for addressing rights infringements in Hungary through the domestic judicial system.

The government has made a show of challenging the authority of the European court, but has bowed to its decisions when faced with possible penalties.

When the court found last month that Hungary’s policy of keeping migrants and asylum seekers in a transit zone on its border amounted to illegal detention, Gyorgy Bakondi, Mr. Orban’s chief security officer, told Hungarian television that the government would not accept the ruling. But within days, nearly 300 asylum seekers were shifted to open and semi-open camps elsewhere in the country.

Mr. Orban has long vilified criticism of his government as a concerted effort by foreign-funded liberals, led by the Hungarian-American billionaire and philanthropist George Soros, to undermine the will of the nation. Nongovernmental organizations focused on rights and good governance are a particular target.

In 2016 Mr. Orban announced that “the next year will be about squeezing out Soros and the powers that he symbolizes.”

The following year, the government’s campaign reached new heights when Mr. Orban’s party adopted a string of legislative measures targeting organizations that received funding from the Open Society Foundations, established by Mr. Soros, and laid the legal groundwork for the expulsion from Hungary of the Central European University, which Mr. Soros founded and endowed.

“I am convinced that the majority of society respects the positions argued during the debate, but it rejects the unnecessarily divisive and self-serving inflaming of tempers,” President Janos Ader said in a statement after signing the bill into law in 2017.

The financial disclosure rule was decried by European Union officials and civil society advocates, who compared it to a 2012 law in Russia that required nonprofit groups that received foreign financing to identify themselves as “foreign agents.”

The law had a chilling effect on supporters of nongovernmental organizations, according to Andrea Sztraka, lead fundraiser for the Hungarian chapter of Amnesty International.

“Donors for the first time started to think about what negative impacts or consequences they might face if it is revealed that they support civil society organizations like Amnesty,” Ms. Sztraka said, adding that she knew people who had stopped supporting such groups for fear of reprisals when their donations were revealed.

“Once people start to be afraid of doing something that is not in accordance with the ethos of the ruling power, it’s much easier to have control over them,” she said.

Patrick Gaspard, president of the Open Society Foundations, also welcomed the court’s decision. “This ruling will resonate throughout the European Union as an affirmation that civic engagement is a vital pillar of its democratic values,” he said. “For Hungary, repealing the law would mark a welcome step toward restoring both the rule of law and pluralism in public life.”

But Ms. Bard, the lawyer based in Budapest, warned that the case illustrated how a captured court system could delay the implementation of legal remedies.

“Time is on the side of those who want to dismantle the rule of law,” she said.

The coronavirus has mutated and appears to be more contagious now, new study finds

Dr. Barry Webber, Surgeon Who Stuck With His Patients, Dies at 67 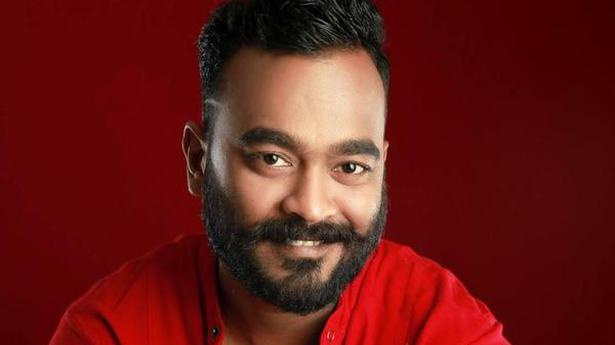 Samsung Galaxy A51 Gets New Camera Features Due in Previous Update: Report