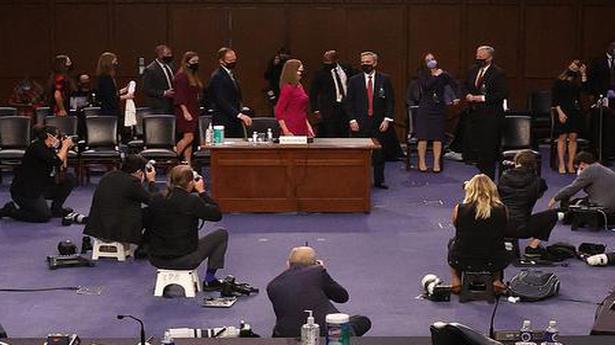 Calling for a “respectful” but “challenging” hearing, he said, “Let’s remember the world is watching.”

The U.S. Senate kicked off a four day confirmation hearing of Trump nominee Judge Amy Coney Barrett to the Supreme Court, with Republican and Democratic lawmakers outlining their party positions on policy and their views on the fact that a hearing is taking place at all, this close to Election Day on November 3.

Judge Barrett, whose record of judgements and statements put her on the conservative side of the bench, was nominated by U.S. President Donald Trump on September 26 as a replacement for liberal justice Ruth Bader Ginsburg who died in September. The Court will have a 6-3 conservative-liberal split, possibly for decades, if the 48 year old Ms Barrett is confirmed.

The hearings are taking place in the shadow of the coronavirus pandemic that has killed more than 215,000 people in the U.S. At the start of the hearing, Senate Judiciary Chairman Lindsey Graham said the room had been set up to be compliant with CDC (Centre for Disease Control) regulations.

“The COVID problem in America is real, it’s serious, it’s dangerous,” Mr Graham said — striking a markedly different note from Mr. Trump and the White House whose nomination ceremony for Judge Barrett on September 26 did not meet health safety standards and likely resulted in a number of COVID cases — including the first couple. Two Senate Judiciary Committee members had also tested positive for the coronavirus and some planned to participate in the week’s hearings virtually.

Mr Graham, who had opposed Obama-nominee Merrick Garland in 2016 earlier on in the election cycle and had said if a judicial opening occurs in the last year Mr. Trump’s term the Republicans would wait until after the election to decide on a new candidate, sought to explain his volte face in his opening remarks.

“The bottom line here is that the Senate is doing its duty constitutionally,” he said, acknowledging that it was going to be a “long, contentious week.” Mr Graham suggested his opposition to nominations in the final year of a Presidency only applied when the President and Senate majorities were from different political parties.

Calling for a “respectful” but “challenging” hearing, he said, “Let’s remember the world is watching.”

Ranking Member (Democrat) Dainne Feinstein said Democrats too hoped to have a “very good hearing.” In her opening remarks she said the Democrats would focus on the Affordable Care Act (ACA), an Obama-era healthcare policy establishing universal coverage, which the Trump administration is trying to overturn in Court. The Supreme Court will hear the case in November.

“Most importantly, healthcare coverage for millions of Americans is at stake with this nomination,” Ms Feinstein said. She also referred to Judge Barrett’s criticism an opinion by Chief Justice Roberts, who had sided with the liberal judges in, thus far, upholding the ACA.

Democrats had tried to stop the confirmation which they say should take place after the elections. They are also likely to use the confirmation to show case the potential damage (as per the Democrats) Judge Barrett , if she becomes Justice Barrett, could do in areas such as healthcare, abortion rights and immigration.

Vice Presidential nominee Kamala Harris — who became known for her prosecutorial style of questioning during the Brett Kavanaugh Supreme Court nomination hearings — will be carefully watched over this week. However, her situation is different now than it was in 2018: Ms Harris is a potential Vice President and eventually a possible Presidential candidate. The expectation is her role in the hearing will reflect her need to cater to progressives as well as moderates and disillusioned Republicans whose support Democratic Presidential candidate Joe Biden is seeking.

What Harvard and Your Local Commuter College Now Have in Common

Babies Born at High Altitudes May Be Smaller 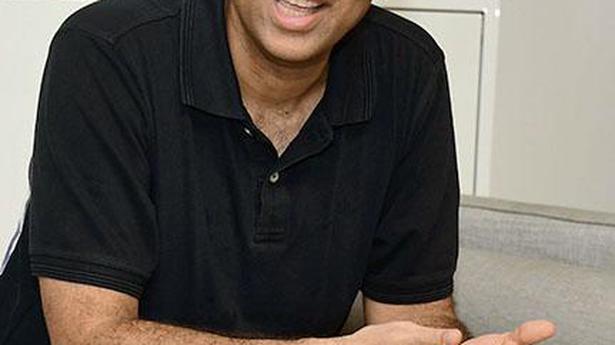 N.Y.C. to Pay $5.9 Million in Death of Transgender Woman at Rikers