In a major U-turn, the UK is ditching the way its current coronavirus-tracing app works and shifting to a model based on technology provided by Apple and Google.

The move comes the day after the BBC revealed that a former Apple executive, Simon Thompson, was taking charge of the late-running project.

The Apple-Google design has been promoted as being more privacy-focused.

However, it means epidemiologists will have access to less data.

And questions remain about whether any smartphone-based system reliant on Bluetooth signals will be accurate enough to be useful.

The UK follows Germany, Italy and Denmark among others in switching from a so-called “centralised” approach to a “decentralised” one.

The government is expected to confirm the news within the hour.

Despite the change, the interface presented to users will remain the same.

Contact-tracing apps are designed to help prevent a second wave of the coronavirus.

They work by logging when two people have been in close proximity to each other for a substantial period of time.

If one of the users is later diagnosed as having the disease, an alert can be sent to others they have recently been close to, telling them that they should also get tested and/or self-isolate.

The UK’s previous “centralised” design carried out the contact-matches on a remote server.

The Apple-Google model carries the process out on the handsets themselves, making it more difficult for the authorities or potentially hackers to de-anonymise the records and use them for other means.

One advantage of the switch is that the NHS Covid-19 app will be able to overcome a limitation of iPhones and carry out Bluetooth “handshakes” when the software is running in the background.

Another is that it should be easier to make the app compatible with other countries’ counterparts, which are based on the same system – including the Republic of Ireland and Germany.

Earlier in the week, the European Commission said that France – which had adopted a centralised app – would face challenges in this regard.

“This is a welcome, if a heavily and unnecessarily delayed, move,” commented Dr Michael Veale from the DP3T group, which promotes the decentralised model.

“The Google-Apple system in a way is home-grown: originating with research at a large consortium of universities led by Switzerland and including UCL in the UK.

“The UK has no end of options and no reasonable excuse to not get the app out quickly now.”

He added that developers should be able to adapt code already being used by Germany and Switzerland rather than having to start from scratch.

The government has previously said it intends to roll the app out across England.

But because health is a devolved issue, Northern Ireland, Scotland and Wales have still to commit to the initiative.

“We will continue to work with the UK Government to gather the information we need on data integration, technical information and overall timescales before making any decisions on whether or not to support its use,” a spokesman for the Scottish government told the BBC. 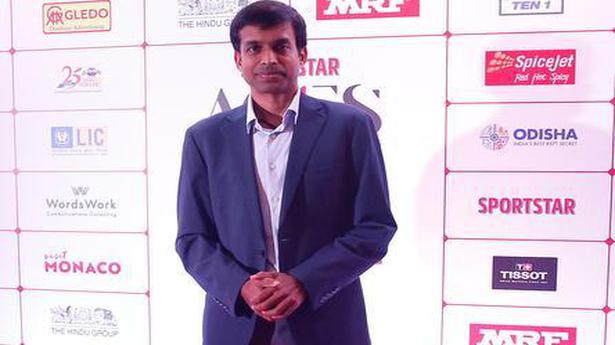 Something radical needs to be done: Gopi

Low-Tech Way to Help Some Covid Patients: Flip Them Over