United Talent Agency said Wednesday it would reinstate full pay to workers who had their incomes reduced in the wake of the COVID-19 pandemic and cut about about 50 of its staffers.

The Beverly Hills agency said it was among the first in the industry to reinstate full pay for its employees, with salaries set to be made whole by mid-September, Chief Executive Jeremy Zimmer said in an email to staff Wednesday.

In March, UTA cut salaries of its staff after the health crisis forced the industry to halt live events and productions, a major blow to agencies that had already been squeezed by a dispute with the Writers Guild of America over packaging fees and other practices.

Now, UTA said it is exploring pay increases for hourly employees, including its assistants, and extending half-day “Summer Fridays” beyond Labor Day through Sept. 25.

Century City-based Creative Artists Agency also implemented salary cuts. Endeavor announced one-third of its staff will have their positions eliminated, be furloughed or see their hours reduced. However unlike those two firms, UTA has reached an agreement with the WGA, as has ICM.

“Our industry is showing increasing signs of recovery and stability. Parts of our business have remained steady despite the impact of COVID-19 and, in some areas, we’ve performed stronger than expected,” Zimmer said in the internal memo viewed by The Times. However, “the need remains to take a hard and honest look at the size and makeup of UTA — and make decisions that reflect what our business requires not just short term but for the foreseeable future.”

The layoffs affected a mix of staff across different divisions and those who had been furloughed this year, as well as some current employees. Zimmer promised “generous” severance packages.

In May, UTA furloughed a “significant number” of its 1,200 employees, many of whom were assistants. Zimmer said in his memo he could not yet commit to reinstating furloughed employees. 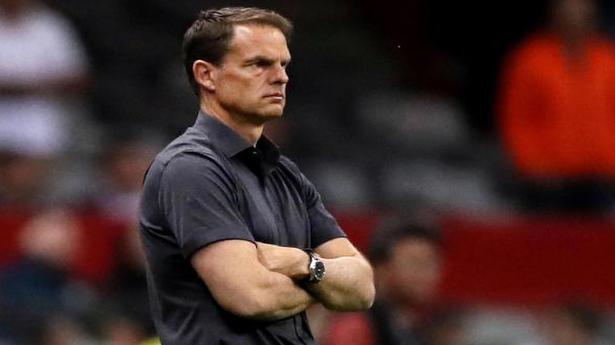 Coronavirus cases top 800,000 in California, highest in the nation

When the Price of Freedom Is Detention, Frostbite and Amputation

Kamala Harris and husband worth up to $6.3 million

To balance California’s budget, state will stick it to its most vulnerable citizens