Crisis and upheaval can often spur a growing interest in reconsidering the myths of the past; triumphalist tales of a march toward national greatness sound increasingly hollow next to the irrepressible weight of reality.

As Americans mark the centennial of the 19th Amendment, which states that a citizen’s suffrage can’t be denied “on account of sex,” the long-held gloss that it guarantees women the right to vote has come under pointed scrutiny. Scholars like Rosalyn Terborg-Penn and Lisa Tetrault have already shown how this history is in fact more vexed and exclusionary than the popular narrative allows. It’s a truth that feels especially immediate now, when Americans face an election during a pandemic with the Postal Service under attack and without the full protections of the Voting Rights Act.

In “Vanguard: How Black Women Broke Barriers, Won the Vote, and Insisted on Equality For All,” the historian Martha S. Jones writes about the 19th Amendment in a chapter she simply calls “Amendment.” The title is appropriately minimalist and matter-of-fact. “For Black women, ratification of the 19th Amendment was not a guarantee of the vote, but it was a clarifying moment,” she says. Jim Crow made voting in the South as fraught, dangerous and generally impossible for Black women as it had long been for Black men. What happened in 1920 wasn’t a grand finale but an inflection point; there was still too much work to do. “Black women,” Jones writes, “were the new keepers of voting rights in the United States.”

Jones has written an elegant and expansive history of Black women who sought to build political power where they could. Instead of beginning with the Seneca Falls Convention of 1848 — where women gathered to draft a fiery declaration of rights and the only Black person whose presence was recorded was Frederick Douglass — Jones opens a couple of decades earlier, with Jarena Lee, the first woman authorized to preach by the African Methodist Episcopal Church.

Women like Lee at the time could expect some digs at their reputation, even from the more enlightened men in their community. As the editors of the African-American weekly Freedom’s Journal put it: “A woman, in a passion, is disgusting to her friends.” One minister compared women preachers to male alcoholics: Both, he said, neglected their household obligations. With the so-called colored convention movement that began in the 1830s, women were welcomed to public life, but mainly as helpmeets. “These men encouraged women’s work, but not their leadership,” Jones writes.

Jones recounts how Lee and others cultivated their own “power of persuasion,” whether they chose the pulpit, podium or pen. She includes some “firsts” like Lee, but in a sense “Vanguard” is a rebuke to our fixation on firsts. Jones is just as interested in everything these women made possible — not just the trails they blazed, but the journeys they took, and what came after.

Suffrage may have been one goal, but there were more immediately pressing concerns. An issue that keeps coming up for the women in Jones’s book is transportation — or, as Jones says, “traveling while Black.” When traversing the country to speak or preach, Black women often faced impositions on their freedom to move.

The poet and abolitionist Frances Ellen Watkins Harper recalled the insults thrown her way, the demands that she give up her seat on the train or disembark entirely when trying to navigate the lecture circuit. Speaking before the American Equal Rights Association in 1866, Harper brought up what Jones calls “the terror of the ladies’ car.” “You white women speak of rights,” Harper said. “I speak of wrongs.” Getting the ballot could never be the panacea some suffragists made it out to be as long as “there exists this brutal element in society which tramples upon the feeble and treads down the weak.”

“Vanguard” includes a number of such iconic moments: Ida B. Wells marching with her Illinois state delegation in the 1913 suffragist parade, in defiance of white organizers who told Black women they would have to march in an all-Black assembly at the back; Fannie Lou Hamer at the 1964 Democratic National Convention, recalling how a vicious beating in a Mississippi jail left her with permanent kidney damage and blindness in one eye.

But Jones also introduces us to formidable women who haven’t been enshrined in popular memory, like Maggie Hood-Banks, a bishop’s daughter who combined forceful moral suasion with a sly wit. Hood-Banks would take familiar lines and torque them to her argument’s advantage. In 1900, at a conference for A.M.E. Zion Church, she made a play on the language of the notorious Dred Scott decision when she declared: “For centuries woman was considered inferior to man, and in view of this fact had no rights man was bound to respect.” She also warned that churchwomen were “getting very tired of ‘taxation without representation.’”

Jones is an assiduous scholar and an absorbing writer, turning to the archives to unearth the stories of Black women who worked alongside white suffragists only to be marginalized, in what often amounted to a “dirty compromise with white supremacy.” In a conversation with other historians last year, when the subject of impending celebrations for the 19th Amendment came up, Jones warned against yielding to the “tug of mythmaking and sanitization that these sort of rituals require.” Occasionally “Vanguard” slips into the kind of sweeping register that invited Jones’s skepticism, with refrains about Black women working to “serve all humanity,” or reaching for “cures for what ailed all humanity.” But for the most part she allows the history to unfurl with all of its twists and complexity.

In the book’s introduction, she writes movingly about the women in her own family, including her grandmother Susie, who arrived with her husband and four children in Greensboro, N.C., in 1926. Susie, like her mother and grandmother before her, was a woman “of learning, status and enough savvy to navigate the maze that led to the ballot box.” But Jones was never able to find the records that would tell her whether Susie exercised her newly won right to vote. Still, as Jones recalled in a recent essay for The Times: “For my grandmother, the 19th Amendment was only a starting place.” 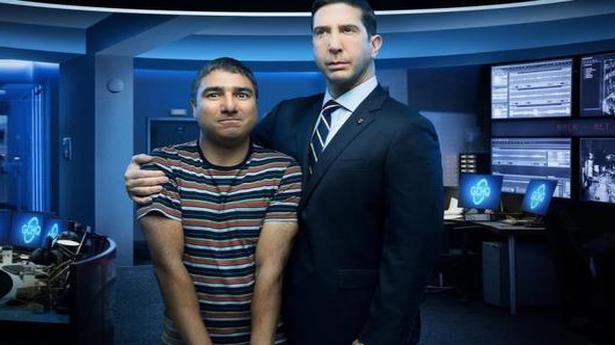 A W.N.B.A. Coach Heard a Call to Feed the Hungry. She’s Answering It.

No distribution of ration for days: Delhi labourers