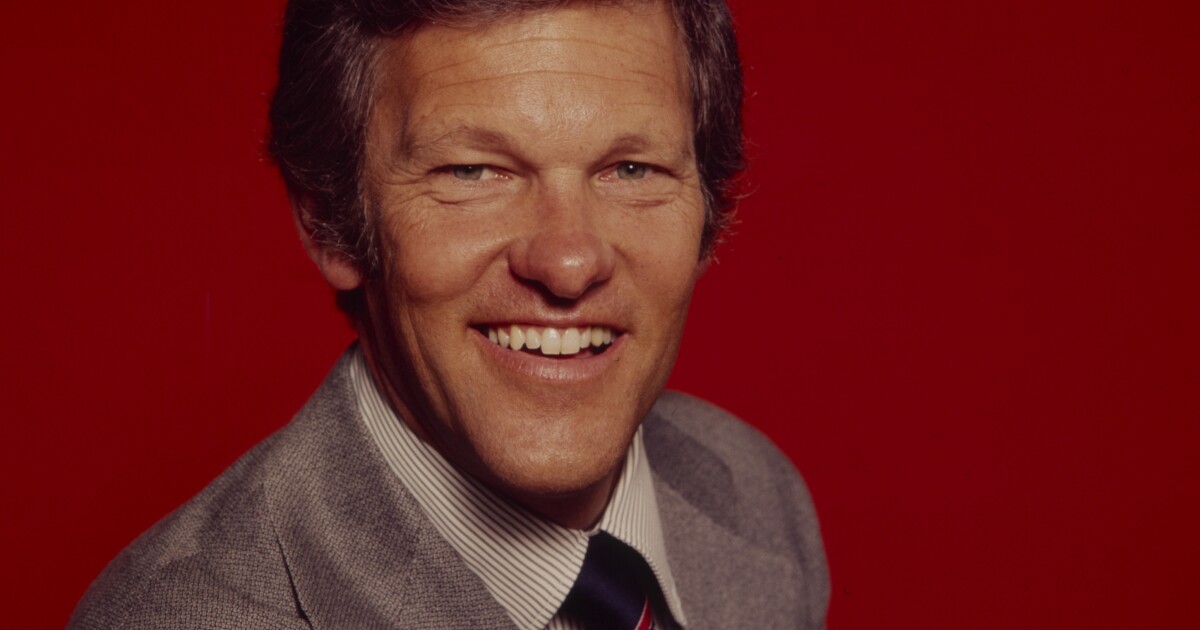 Veteran game show host Tom Kennedy, best known for hosting programs such as “Name That Tune,” “Password Plus,” “You Don’t Say!” and “Split Second,” died Wednesday at his home in Oxnard. He was 93.

The news was confirmed on Facebook by his friend Steve Beverly. A cause of death was not given, but Beverly noted Kennedy “had not been well in recent months.”

Born James Edward Narz, the Louisville, Ken., native attended the University of Missouri and later married his college sweetheart, Betty Gevedon. While in school, he got a radio job and went on to spend 10 years in the business before moving to Hollywood in 1947 to follow in brother Jack Narz’s footsteps.

In 1957 he changed his stage name to Tom Kennedy to further distinguish himself from his brother, also a game show host.

In addition to hosting the shows, Kennedy also appeared in a handful including “Hollywood Squares,” “Super Password,” “Wheel of Fortune,” “Password” and “The Match Game.” He also had small acting roles in shows like “Cannon,” “Cybill,” “Hardcastle and McCormick,” “That Girl,” “Rowan & Martin’s Laugh-In” and “The Ghost & Mrs. Muir.”

Chrissy Teigen Claps Back At Body-Shaming Trolls Calling Her ‘SpongeBob’

Meghan, Duchess of Sussex, Speaks Out Against Harmful Online Behavior

Summer Is Coming, but the Virus Won’t Be Going