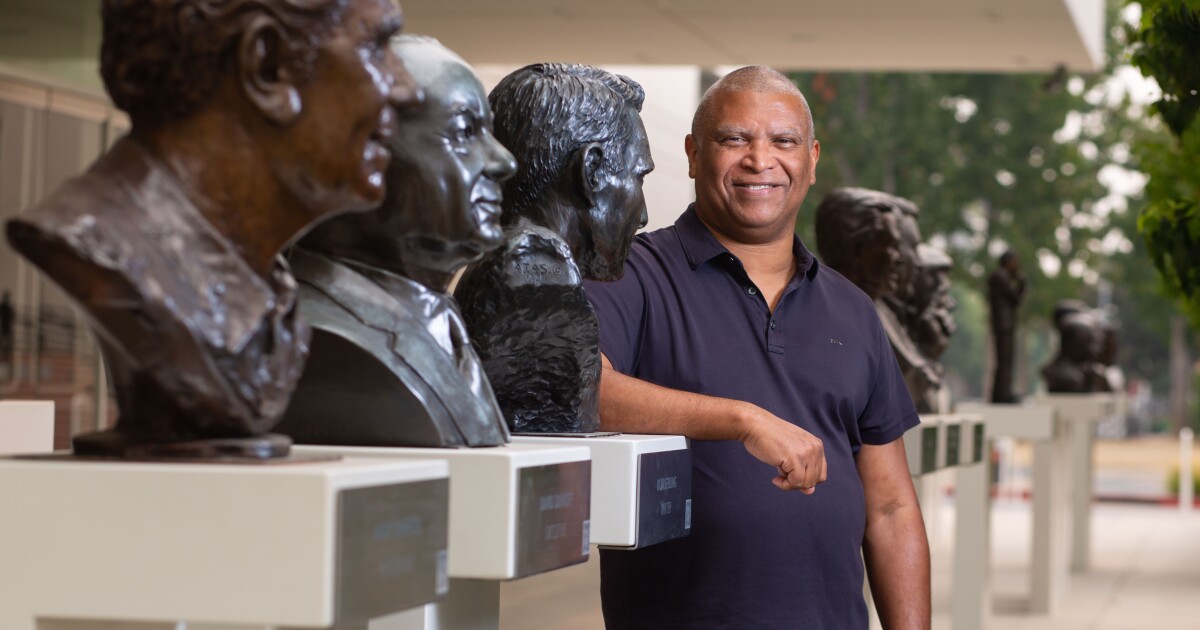 Thanks to the COVID-19 pandemic, Sunday’s prime-time TV broadcast of the 2020 Emmy Awards will be a tale of reinvention by necessity — and executive producer Reginald Hudlin is loving the possibilities. The director of “House Party” and “Boomerang” and producer of “Django Unchained” and the 88th Academy Awards knows many of the choices he’s making for the 72nd edition of TV’s biggest prize are going to be firsts. So is Hudlin himself, for that matter: He is the first Black executive producer in Emmys history.

Though the event is based at Staples Center in downtown Los Angeles, no nominees or live audience will be present, just one of many health and safety restrictions Hudlin and his team are working under. Instead, the production will dispatch camera rigs and crews to more than 130 locations around the world; there, the nominees will have unprecedented freedom to present themselves as they choose to a worldwide audience. Despite all the planning and practice, the gregarious Hudlin knows the deck is stacked with wild cards — and he’s excited to play. “Whatever happens,” he says, “we want to capture it.”

Clearly, this is a moment requiring reinvention, not just technically but creatively. It’s also a great opportunity to rethink whether you really need certain things, right?

I think every genre needs a reinvention at a certain point, whether it’s soap opera or sports or whatever. “Wait a minute. How are we doing this? How do we make this better using technological advances?” Or, “How do we get this to where the audience is now?” I feel like we’ve been at that point for awards shows for a little while now. To quote the great Melvin Van Peebles, “Trouble is opportunity in work clothes.” This is forcing us to question all the tropes of awards shows. Some of those things we’ll miss and we look forward to the day we can do again. Some of those things we’ve been holding onto for no reason.

The truth is, we won’t know what works or what we’ll miss or what we’ll never need to see again until after we do it. We’ve been watching all these other shows that have happened virtually. We’ve learned a lot. We’ve produced shows in this environment. So we’re taking the collective learnings of everything we’ve done so far and applying them to the first large-scale show where the awards are front and center [rather than live performances].

With the Emmys, it comes down to that moment where you go, “You’re the winner.” It’s that very small, but gigantic, human moment. That’s what we’re fighting to preserve in this show. To do that, but not all be in the same room, means sending out 130 or more cameras. Los Angeles, New York, Connecticut, Canada, London, Berlin, Tel Aviv, wherever we need to go, we’re going to be sending out these elaborate but relatively easy-to-use camera rigs so we can have the best sound, the best picture, the best lighting, given the circumstances. We tried to make these rigs as user-friendly as possible so they can install them in their homes. It really is a partnership between us and the nominees.

You can do it in the living room, your backyard, your kid’s room. You know how everyone always says good night to their kids? Well, they can have their kids with them! And they can tuck their kids in after they win. Maybe they’re alone in their apartment; maybe they’ve got their entire extended family. Maybe they’ve got all their friends over there and they’re having some raucous Emmy party. It’s all up to the individual and how they want to celebrate the night.

The fact that these nominees are all familiar with the process of making film and TV means there might be some creativity involved.

That’s what we’re encouraging. Be safe, first and foremost. But presuming you’re being safe … have at it! That includes wardrobe. If you want to wear a tuxedo and a beautiful gown, great! If you want to put on the funkiest, flashiest, crazy outfit that you would never have the nerve to wear to the Emmys, now’s the year! Go! If you want to be totally comfy and you’re wearing your Adidas track suit or your Lululemon … if you want to put on some really awesome pajamas because right after this, you’re going to bed … that’s all good, too.

There are no wrong answers. It’s all about how you want to express yourself.

We looked at [the NFL Draft], the DNC and RNC. We’re looking at everybody and how they’re executing it, and there’s lessons to be learned from all of it. I was involved in one of those shows where I got the camera kit and I had to put it together. “Oh, this is what it’s like on the other side.” That was very helpful, but how do we improve that experience? You can see from the beginning of these remote shows to where we are now, there’s been an evolution and everyone’s learning from each other. Because of the scale and scope of this show … we keep saying, “What could go wrong?”

Any specific examples of what you learned from other shows, whether it was what you should or shouldn’t do?

I don’t think it’s fair to knock on anyone; we’re all carving a path. We’re just out there with our machetes: “Is this the way to water?” “No! Double back!” A lot of it is focused on production quality, to make sure we’re not making the Zoomies; we’re making the Emmys. Make sure we have quality images, quality sound. That we have an interesting shot. So many times, [the participants] are left to their own devices: “If I’m wearing all white and I’ve got a white background, is that a problem?” “Yes. Yes. Don’t do that.” “If you turn your camera six degrees this way, that’s an infinitely better shot than the one you’ve set up.”

What are your biggest fears with this approach?

Fear is what I have for breakfast. It’s all about fear. Every morning, we get together with a big conference call, we talk about our big ideas, then we work through the logistics of those ideas and go, “That’s impossible!” Then we tear it all down and build it up again.

Truly our biggest advantage is our host, Jimmy Kimmel. Jimmy is so funny, so experienced not just hosting shows, not just hosting awards shows, but working in these COVID environments. Executing comedy without an audience is a brutal task. There could be a break in the [technical] chain at any given point. We know we can cut to Jimmy: “Jimmy, tell the people what’s happening. Save us, Jimmy!”

We’re going to be very transparent with the audience about the process. As far as I’m concerned, that’s part of the appeal of the show. We get to celebrate television in a year that it really deserves to be celebrated because television’s gotten us through this year in a lot of ways. It has really been one of the unifiers.

But we also want to be honest: This is what we’re doing; this is how we’re doing it. “They don’t know what’s going to happen. Come along for the ride with us!” It’s like you’re doing a “making of” [documentary] at the same time you’re making the show.

You’re getting me fired up to see what they all do.

I want to see what they do too! These are the parts that are not under our control. These nominees, they come into our home every week or six-hour binge, however we consumed their show. So now we’re going to their house and we get to hang out with them. That’s on the nominees. That’s the biggest “x” element we don’t have control of.

Are there nominees who didn’t want cameras at their homes, or just declined to participate?

So those conversations are ongoing. And a lot of times, people, they need to be talked through it. Once they understand the approach we’re taking — “Everything that’s going to be delivered to you is going to be disinfected and COVID-safe.” I’m a bit of a psycho about it in terms of my house. If it’s good enough for me, you’ll be OK.

How will you convey the glamorous Hollywood experience to viewers? No red carpet, no Cate Blanchett rubbing elbows with Sterling K. Brown. Will viewers still get the glitz?

It’s obviously much harder, since even rubbing elbows is challenging these days. We’re gonna try. We feel that we’ll see an amazing array of stars — not just nominees but stars from every type of show. We watch everything. We watch classy, award-winning dramas and we watch what some people call “guilty pleasures.” I personally don’t believe in guilt; I believe in pleasure. But it’s like, let’s celebrate it all. It’s all important to us. I get it: There are some shows that we don’t “watch,” our spouse may watch, and we just happen to be in the room when it’s on. So we want to celebrate all that in the course of the show.

What were some of the more vexing problems solved? Not like filmmaking or putting on a show is ever about problem solving.

True! One of the things we think could make the show different in a really good way is that, typically, in an awards show, all the awards are presented in the same way. We’re not going to do that. In the course of the show, different awards will be presented in very different ways. So as you watch it, things will keep changing. And you really couldn’t do that in the conventional awards format.

So which one works the best, or is it just fun to watch it change all the time? We’ll find out. Because you don’t know until you actually do it. But we think that’s an exciting experiment we’re really happy to try. You really do have to keep watching: “What? I didn’t see that coming.”

When: Sunday, Sept. 20, 5 p.m. PT
Where: Based at Staples Center, downtown Los Angeles / Broadcast on ABC

UK rolls out plans to ramp up coronavirus tests as death toll hits 18,738 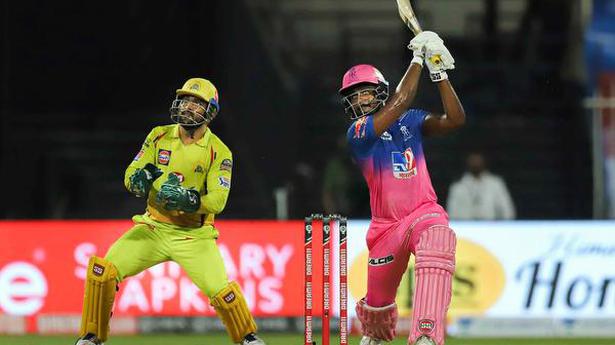