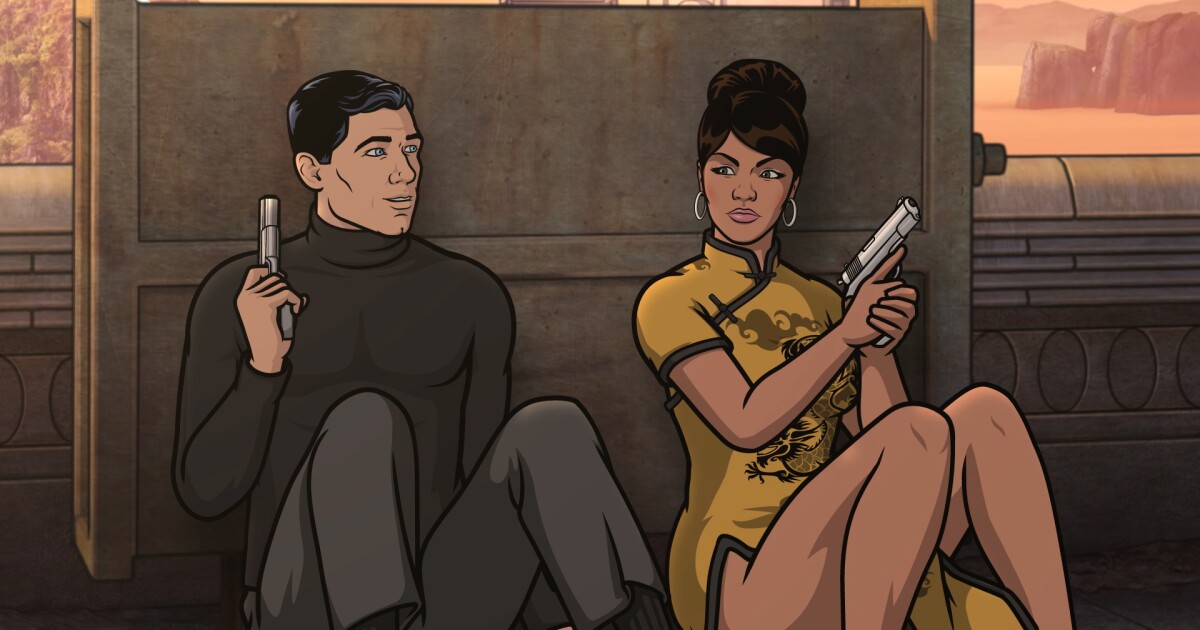 Your Los Angeles Rams break in SoFi Stadium with a game against the Dallas Cowboys as the new “NFL Football” season continues. 5:20 p.m. NBC

Don’t lose your head: The Tower of London is just one of the stops in the new special “Lucy Worsley’s Royal Palace Secrets.” 7:30 p.m. KOCE

Thou shalt not, but she did anyway in the thriller “Sinfidelity.” With Jade Tailor and Aidan Bristow. 8 p.m. Lifetime

It’s not even October, but “Halloween Wars” is back, followed by the debut of the Alyson Hannigan-hosted series “Outrageous Pumpkins.” 9 and 10 p.m. Food Network

That’s hot: The documentary “This Is Paris” gets up close and personal with socialite turned reality TV star Paris Hilton. Anytime, YouTube

Jude Law, who has apparently never watched “The Wicker Man” or even “Midsommar,” visits a quaint but creepy village where nothing is as it seems in the new miniseries “The Third Day.” 9 p.m. HBO

An Iranian couple take the son they had out of wedlock and seek asylum in Turkey in the documentary “Love Child” on a new “POV.” 10 p.m. KOCE

Army brats on a U.S. base in Italy try to figure themselves, the adults and each other out in the miniseries “We Are Who We Are.” With Chloë Sevigny. 10 p.m. HBO

If the tornadoes don’t get you, the flash floods probably will in the new series “Doomsday Caught on Camera.” 10 p.m. Travel Channel

“Frontline” tackles the politics of police reform during the ongoing national reckoning on race in the new episode “Policing the Police.” 9 p.m. KOCE

Bishop T.D. Jakes, NFL star Malcolm Jenkins and other Black celebrities share their thoughts on fatherhood in the special “They Call Me Dad.” 9 p.m. OWN

Immigrant construction workers in Texas strive for better futures for themselves and their families in “Building the American Dream” on a new “Voces.” 10 p.m. KOCE

Unusual suspect: “Game of Thrones’” Kit Harington is brought in for questioning in a second season of the procedural drama “Criminal: UK.” Anytime, Netflix

Tom Holland tries to protect a small Ohio town from dark forces — without his trusty Spidey suit! — in the new thriller “The Devil All the Time.” With Robert Pattinson. Anytime, Netflix

Lemurs and lizards and lovebirds, oh, my! Madagascar is the first stop in the new nature series “Islands of Wonder.” 8 p.m. KOCE

“Nova” gets the scoop on goop — it’s smarter than you think — in the new episode “Secret Mind of Slime.” 9 p.m. KOCE

After fantastical detours into 1940s L.A., the South Pacific, outer space, etc., our man “Archer” is finally back in the spy game as this animated sitcom returns for Season 11. With the voices of H. Jon Benjamin, Aisha Tyler, et al. 10 and 10:30 p.m. FXX

The plane! The plane? Christopher Plummer and “The Good Wife’s” Archie Panjabi probe the disappearance of a transatlantic flight in the mystery drama “Departure.” Anytime, Peacock

The documentary “All In: The Fight for Democracy” follows former Georgia state Rep. Stacey Abrams and other activists battling back against efforts to suppress voter participation in elections. Anytime, Amazon Prime

See how stars like Nick Cannon and the NFL’s Rob Gronkowski got to where they are today in the new docuseries “Becoming.” Anytime, Disney+

If the velociraptors don’t get you, the T-Rex probably will in the animated spinoff “Jurassic World: Camp Cretaceous.” Anytime, Netflix

Her bedside manner is horrific: Sarah Paulson is “Ratched” as the malevolent nurse from “One Flew Over the Cuckoo’s Nest” gets an origin story in this dark drama from “Glee’s” Ryan Murphy. Anytime, Netflix

“The Daily Show’s” Larry Wilmore takes on the topics of day in his new weekly series “Wilmore.” Anytime, Peacock

Comedians crack wise over clips of kooky critters in the new unscripted series “World’s Funniest Animals.” 9 and 9:30 p.m. The CW

The season premiere of “Art in the Twenty-First Century” scopes out the contemporary art scene in London. 10 p.m. KOCE

’Tis the night before the Emmys, which means it’s time for the “2020 Creative Arts Emmy Awards” celebrating those who toil on the other side of the camera. 5 p.m. FXX

She’s having their baby in the new thriller “Secret Life of a Celebrity Surrogate.” With Carrie Wampler and Brianne Davis. 8 p.m. Lifetime

She hooks up with a former beau to save her family’s store in the TV movie “Love at Daisy Hills.” With Cindy Busby and Marshall Williams. 9 p.m. Hallmark Channel

Microsoft is reportedly in talks to buy social app TikTok 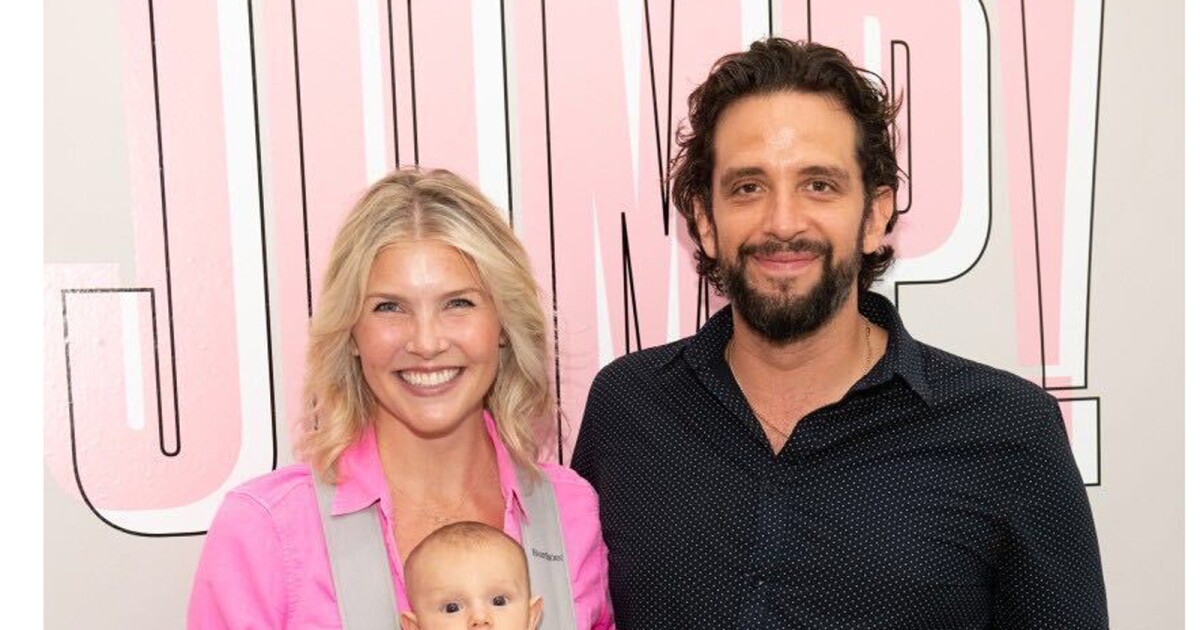 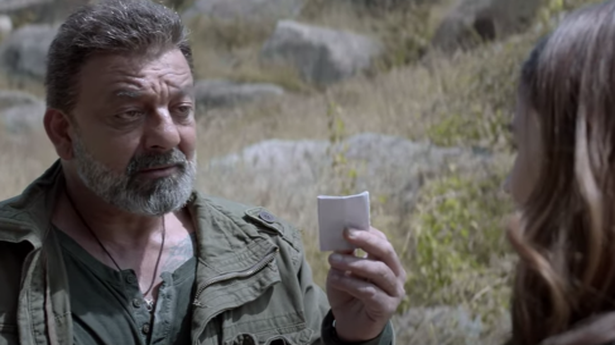 Realme V3 Launched as a Cheap 5G Smartphone from Realme