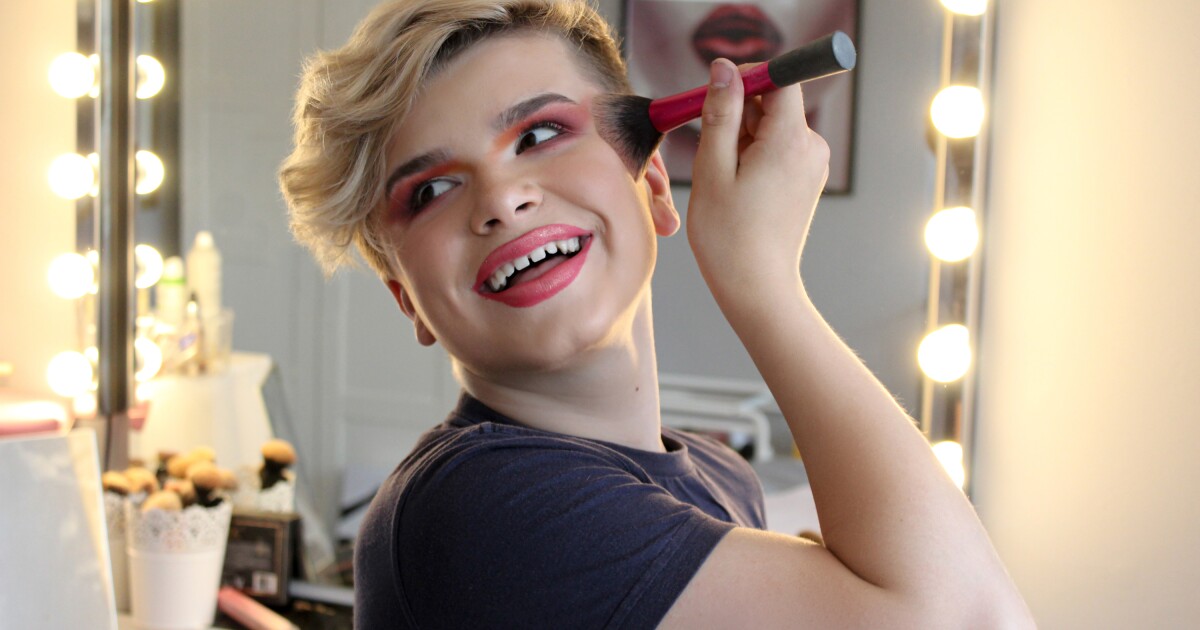 Turner Classic Movies’ “Summer Under the Stars” continues with a daylong salute to Rock Hudson that includes the actor opposite Doris Day in the 1959 rom-com “Pillow Talk.” 5 p.m. TCM

A long time ago, in a kitchen far, far away… “Fridge Wars.” Professional chefs prepare gourmet meals using only foodstuffs found in regular folks’ refrigerators in this new culinary competition. 8 p.m. The CW

An unhappy camper must depend on the kindness of a sketchy stranger in the new thriller “A Murder to Remember.” With Maddie Nichols, TC Matherne and Carolyn McCormick. 8 and 11:06 p.m. Lifetime

“Taskmaster,” taskmaster, make me a task. Contestants are guided through a series of silly challenges in this British game show hosted by Greg Davies. 9 p.m. The CW

Rule “Britannia”? The Romans give it a shot but the Celts ain’t havin’ it in this imported historical drama series. With David Morrissey (“The Walking Dead”), Annabel Scholey and Mackenzie Crook. 9 p.m. Epix

The special “Hiroshima: 75 Years Later” uses archival footage plus the first-person accounts of scientists, survivors, military leaders and others to mark the solemn anniversary of the first-ever use of an atomic weapon during wartime. 9 p.m. History Channel

The true crime docuseries “I’ll Be Gone in the Dark” and “Outcry” end their respective runs. 10 p.m. HBO; 10 p.m. Showtime

The winning comic is crowned in the season finale of the standup competition “Tournament of Laughs.” “SNL’s” Jason Sudeikis hosts. 10 p.m. TBS

Sharon! One of reality TV’s most fractious families probes accounts of the paranormal in the new series “The Osbournes Want to Believe.” 10 p.m. Travel Channel

The personal stories of some of your fellow citizens are woven together in the crowdsourced special “Family of Us: A PBS American Portrait Story.” 10:30 p.m. KOCE

Gotta run! “Narcos’” Boyd Holbrook is “The Fugitive” and “24’s” Kiefer Sutherland is the cop on his trail in this short-form update of the 1960s-era TV series that starred David Janssen. Anytime, Quibi

The new docuseries “Immigration Nation” talks with immigrants, ICE agents and others as it takes a deep dive into one of our nation’s most politically divisive issues. Anytime, Netflix

Have ukulele, will travel: Grace Vanderwaal is among the winners returning to help “America’s Got Talent” celebrate its 15th anniversary in a special episode. 8 p.m. NBC

If you’re a “Blue Collar” comic hosting a new “Antiques Roadshow”-style series, you just might be Jeff Foxworthy in the debut of “What’s It Worth?” 9 and 9:30 p.m. A&E

Three Republican congressmen navigate the fundraising, horse-trading, glad-handing and sausage-making that goes on in our nation’s capital in the new documentary “The Swamp.” 9 p.m. HBO

The docu-special “Statecraft: The Bush 41” recalls the Gulf War, the fall of the Berlin Wall and other international crises faced by President George H.W. Bush and his administration. 10 p.m. KOCE

What could possibly go wrong? The too-close-for-comfort reality competition “Big Brother” is back for an all-star, pandemic-era season. Julie Chen hosts. 9 p.m. CBS

A Toronto medical examiner (Serinda Swan) tries to keep calm and carry on after the death of her husband in the new procedural drama “Coroner.” “24’s” Roger Cross also stars. 9 p.m. The CW

The documentary “On the Trail: Inside the 2020 Primaries” follows CNN’s Dana Bash and other female journalists as they followed presidential hopefuls around the country during the recent primary season. Anytime, HBO Max

Boldly go where no franchise entry has gone before in the new animated sci-fi comedy “Star Trek: Lower Decks.” With the voices of Jerry O’Connell and “SNL’s” Noël Wells. Anytime, CBS All Access

Don’t go down in that basement! Classic horror movie tropes are discussed on the season finale of the chat show “Syfy Wire’s the Great Debate.” 11 p.m. Syfy

The late Howard Ashman, the lyricist who put words to those toe-tapping tunes from “Beauty and the Beast,” “Aladdin,” etc., is remembered in the new documentary “Howard.” Anytime, Disney+

Miss Frizzle (Kate McKinnon) and her young charges are having a blast in the new animated tale “The Magic School Bus Rides Again: Kids in Space.” Anytime, Netflix

“Narcos’” Diego Luna breaks bread with prominent Mexican celebrities, politicians and others as they discuss the issues of the day in the new unscripted series “Pan y Circo.” Anytime, Amazon Prime

Merlin the magician gets in on the act in “Wizards,” the third and final installment of Guillermo Del Toro’s computer-animated sci-fi/fantasy trilogy “Tales of Arcadia.” Anytime, Netflix

A high schooler (Sabrina Carpenter) has all the wrong moves but starts her own dance squad anyway in the new teen-themed rom-com “Work It.” Anytime, Netflix

Whatcha gonna do when they come for you? Will Smith and Martin Lawrence are “Bad Boys for Life” in this belated 2020 entry in the action-comedy franchise. Vanessa Hudgens, Kate del Castillo and Joe Pantoliano also star. 7:59 and 10:06 p.m. Starz

Teenage social-media star and makeup artist Reuben de Maid — he hails from Wales, don’t you know — is ready for his closeup in the new reality series “Being Reuben.” 9 and 9:30 p.m. The CW

Following a rebroadcast of the 2013 TV movie “Jodi Arias: Dirty Little Secret,” the new special “Jodi Arias: Cellmate Secrets” revisits the case of the Arizona woman convicted in 2013 of the 2008 murder of her boyfriend. 8 and 10 p.m. Lifetime

An interior designer hooks up with a hunky pilot who also finds homes for rescue dogs — geez, marry the guy already — in the new TV movie “Love on Harbor Island.” With Morgan Kohan (“When Hope Calls”) and Marcus Rosner. 9 p.m. Hallmark Channel

When the cellphone app says your time is up, your time is up in the 2019 thriller “Countdown.” With Elizabeth Lail and Jordan Calloway. 9 p.m. Showtime

How ‘I May Destroy You’ Got Its Stunning Soundtrack

Big Tech, including Apple and Facebook, report earnings late Thursday, which could mean a crazy market day on Friday

New York City will have enough N95 masks for the week but still faces other coronavirus shortages, de Blasio says

#FireChrisHayes Helps Trump More Than Anything Russia Could Cook Up