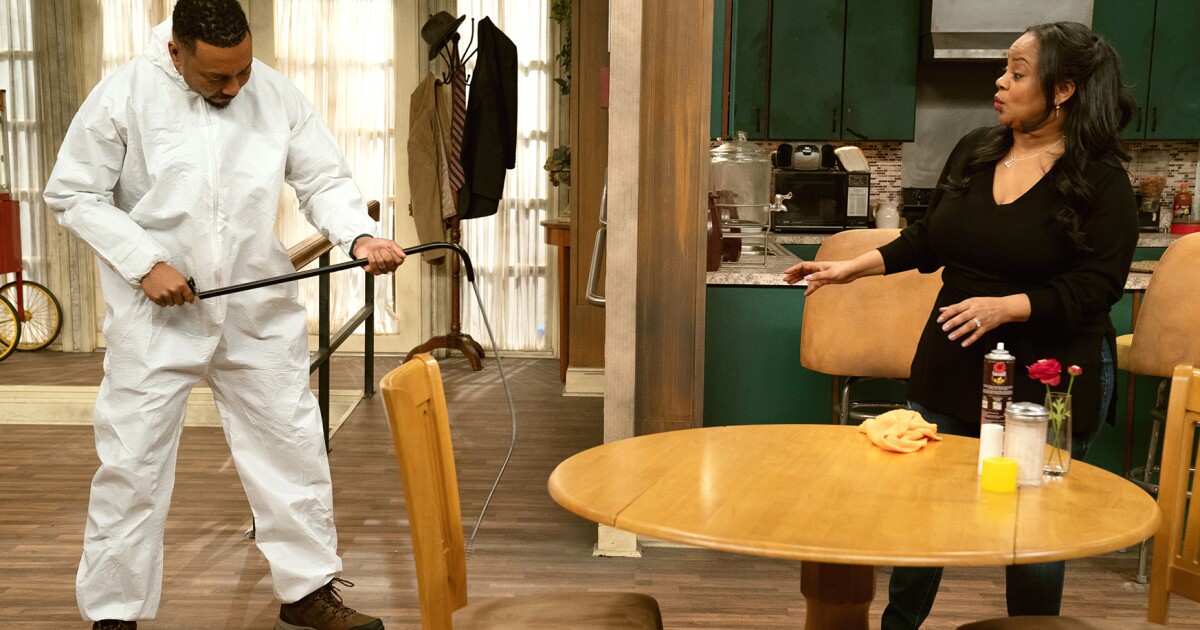 Jay Leno’s Garage Martha Stewart shows off Edsel Ford’s Maine estate and takes Leno on a ride in her pristine Edsel wagon in this new episode. 7 and 10 p.m. CNBC

South Park The kids head back to school as the the residents of South Park cope with the COVID-19 pandemic in a timely new episode of the raunchy animated series. 8 p.m. Comedy Central and MTV

NOVA The new episode “A to Z: How Writing Changed the World” explores how the development of writing played a vital role in shaping world history. 9 p.m. KOCE

Tyler Perry’s Assisted Living In the first of two new episodes, Jeremy’s (Na’im Lynn) online plumber training backfires on him. In a second episode, Sandra (Tayler Buck) tries to mislead about where she’s going and with whom. 9 and 9:30 p.m. BET

Hacking Your Mind This new episode documents how people can hack their own minds to improve their lives. 10 p.m. KOCE

Blood on the Wall Journalists-filmmakers Sebastian Junger and Nick Quested document the effect of widespread corruption in Central America, which has led to a flood of refugees fleeing the region for the relative safety of Mexico. 9 p.m. National Geographic

Voices Magnified: Locked Up in America Carlos Watson moderates a conversation among incarcerated people calling in from prisons across the country and two prison reform advocates. 10 p.m. A&E

The Dr. Oz Show What may happen if there is a flu outbreak during the COVID-19 pandemic. (N) 3 p.m. KTTV

No Pomp and Circumstance? No Problem