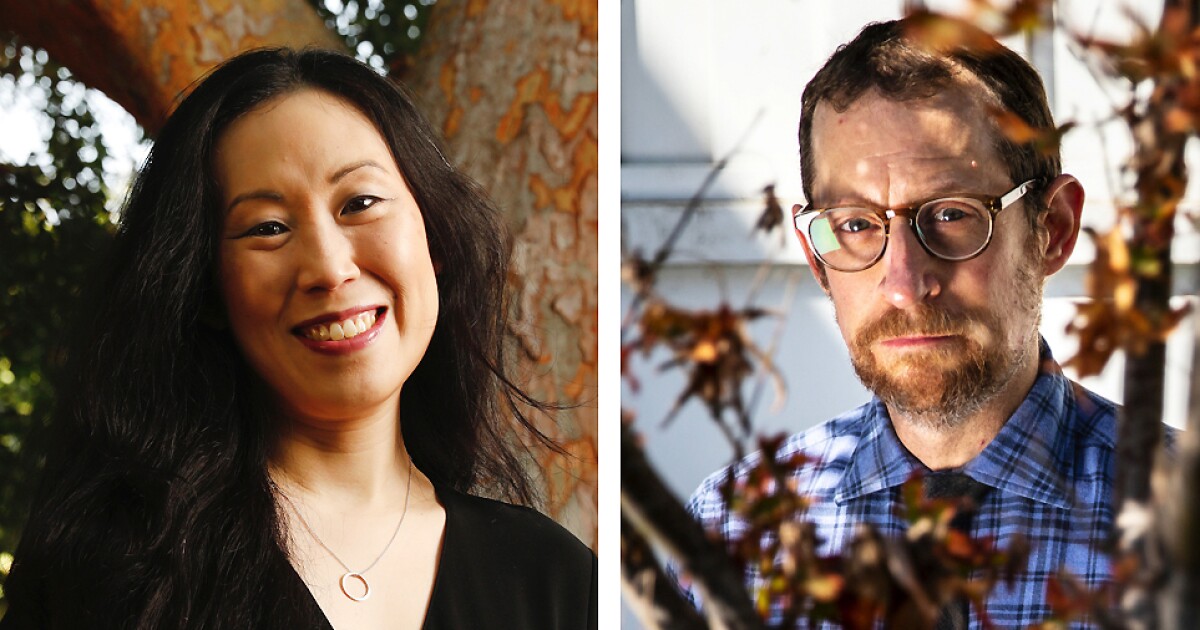 “The Walking Dead” will soon be dead. AMC’s flagship series, or as franchise honcho Scott Gimple puts it, “Walking Dead Classic,” will end in 2022 after an epic 24-episode final season spread (like a zombie plague) over two years. That’s a bold move by the network when it comes to the most-watched show in cable history.

Of course, when did death ever stop anything in this franchise?

“That part’s decided by AMC,” Gimple told The Times by video conference when asked about the decision to give the series, which premiered in 2010, a Viking funeral planned to coincide with the end of its comic book source material.

But the franchise’s chief content officer said there were also creative advantages to letting it go: “Years ago, before my last year showrunning, I had gone to AMC with this whole notion of opening up the ‘Walking Dead’ world. That’s what led to this position [as CCO] and then the movies and then ‘[The Walking Dead: The] World Beyond,’ ‘Tales [of the Walking Dead]’ … We knew there would be another show within [the world of] ‘Walking Dead Classic’ and ‘Daryl and Carol’ came out of that with discussions [between] Angela and I.”

“Daryl and Carol,” or “The Daryl and Carol Show” — which he said sounds like an undead variety hour — are Gimple’s puckish names for the as-yet untitled spinoff starring current main cast members Norman Reedus and Melissa McBride. In the nearer future, the franchise’s second spinoff, “World Beyond,” premieres Sunday immediately following the Season 10 finale of the original “Walking Dead.” The sixth season of the franchise’s first spinoff, “Fear the Walking Dead,” premieres Oct. 11 with a surprising new direction (no spoilers here, sorry). Then there are the previously announced theatrical films starring Andrew Lincoln as erstwhile series lead Rick.

“The Walking Dead” showrunner Angela Kang, who will run the spinoff, said, “There’s many layers of approvals and things, but [it’s meant to be] a little lighter. Not in a way that feels frivolous, but I think like all of us are looking to have fun in that world. It’s a road show — I hope I can say that — and so I think it will feel distinct. It’s definitely something that Norman and Melissa and I and Scott have all talked about, what we crave tonally.”

The possibility of the beloved characters going nomad again makes sense considering not only the arcs they’ve taken in the show but also the final arc of the comics. The “Commonwealth” storyline moves past some of the survivors’ basic needs — not getting eaten by zombies or cannibals, or being enslaved — and involves complex questions about what makes a just society. It’s easy to imagine Daryl and Carol uncomfortable in a world shaped by the compromises that that would entail.

“I think Daryl, the lone wolf, we’ve always thought, ‘That guy just rides off into the sunset at some point.’ Carol is kind of the same person,” said Kang.

“The ‘Commonwealth’ story really touches on things I think are very relevant about class and about society. [Comic creator] Robert Kirkman really tapped into something that I think a lot of us are thinking about,” she said. “Obviously we’ve had to pivot to these other episodes that are part of the sort of Season 10 continuation bloc, and then for Season 11 there’s just these stories with themes that are meaningful to all of us.”

According to a spokesperson, those six episodes, meant to form a bridge between Season 10 and 11, are “in pre-production now and hope to begin shooting very soon.”

“We’re being so, so safe about how we’re doing everything, and you know our normal show has, like, hundreds of extras and massive scope,” Kang said of the production restrictions imposed to prevent the spread of COVID-19.

Of the conclusion of the original “Walking Dead,” Kang admitted to mixed emotions. “I’m excited to see the franchise grow in another direction, although it’s a really bittersweet time. I’ve spent the past decade working on the flagship show and I love these characters and I love this world and I love these stories,” she said, smiling at the devastating fictional future she’s helped create. “I just hope we can do justice to the story we’ve been telling.”

For his part, Gimple appears to relish one of the foremost challenges that comes with the franchise’s expansion: giving each title a distinct identity.

“‘Walking Dead’ is, of course, the expression of the comic,” Gimple said. “Even when we drifted away, it was always to get back to it and to fulfill those moments of the comic. Though there’s a lot of love on that show, it can be pretty hard-nosed. Robert Kirkman pitched it as the zombie movie that never ends, as a comic. That’s the DNA of it. You can feel the [zombie movie king George] Romero in that.

“‘Fear the Walking Dead’ is a little weirder, a little quirkier. It has some stranger energy coursing through it and it allows them to tell, in some ways, some weirder stories. I think it also can get very, very comedic on that show, just the people who populate it.

“With ‘World Beyond’ …. they’re younger and they’re aware of the world, but they haven’t been out in the world. Their transformations are going to be pretty big. And it courses with a younger energy, younger issues, people who are yet to be defined and thus are defining themselves by the actions they take initially in that show and then the things that happen on the way.”

“World Beyond” plays at times like a teen drama, except all the characters have witnessed the apocalypse and might be eaten. It’s a very different kind of “Breakfast Club.” Gimple said the franchise’s stable of writers have long grown their characters from that harshly tilled but fertile soil.

The second “Walking Dead” spinoff, “World Beyond,” is a teen drama. With zombies.

“All the way back in Season 2, that research started with reading books like ‘Man’s Search for Meaning’ by Viktor Frankl,” he said, referring to the 1946 chronicle of Frankl’s experiences in Nazi concentration camps. “We did a lot of research on PTSD and how it affects people. I just heard a story yesterday about wartime correspondents and how PTSD affects them, and in some ways they are a forgotten population because they are observers. But PTSD affects people from what they’ve observed.

“It is all of their origin story in a lot of ways [despite] different ages, different experiences,” he added of “World Beyond.” “The passage they took to that place of safety forever changed them, forever set them on a course of things they have to overcome, handle, suffer through.”

As enthusiastic as he is about more imminent pathways for the franchise, Gimple is most excited when he talks about the in-development “Tales of the Walking Dead,” a proposed anthology show that has not yet been greenlit.

Here’s an appetizer for the Season 10 “special event” episode of “The Walking Dead.”

“The very charge of that show is being different … stories that we just couldn’t tell on any of the other shows. And to be different from each other, week to week. Some weeks, abject horror. Some weeks, black comedy. Different time periods in the apocalypse. Different kinds of characters. Some episodes that have one character and maybe a lot of dead people,” he said.

When it comes to the planned movies, though, Gimple carefully tempered his comments. He confirmed that multiple theatrical releases are planned, to “tell a story that continues,” and said if not for the pandemic, they’d have a much firmer idea when any of this would take place.

Where: AMC
When: 9 p.m. Sunday
Rated: TV-MA-LV (may be unsuitable for children under the age of 17 with advisories for coarse language and violence)

‘The Walking Dead: World Beyond’

Where: AMC
When: 10:05 p.m. Sunday
Rated: TV-MA-LV (may be unsuitable for children under the age of 17 with advisories for coarse language and violence)

Another Reason to Cut Down on Plastics

Preppers Are Quite Prepared to Enjoy Some Vindication

Theatre safety in the spotlight at London Palladium