Britain will design a new contact-tracing app based on Apple and Google software, officials said on Thursday, after months of pursuing an in-house app that critics said posed privacy risks.

The announcement was an embarrassing turnaround after the government said contact tracing would be publicly available by May, our correspondents wrote. Now, the app is aimed for winter.

It was the latest in a string of British mishaps in responding to the coronavirus. Read more about the botched human contact-tracing program in our back story below.

As the Black Lives Matter protests have put a focus on Britain’s racist past, the companies, an insurance giant and a pub and brewery owner, respectively, have had to answer for early figures who enslaved hundreds of people in the 18th and 19th centuries.

Neither made a concrete monetary pledge or referred to its commitment as reparations, but both expressed regret for the past.

Context: The announcements opened a new chapter in corporate accountability in Britain and bared the role of slavery in enriching well-known figures. Skeptics called them a public relations stunt. Nine British companies have benefited directly or indirectly from compensation after slavery was abolished.

Bigger picture: The prospect of paying reparations has gained new legitimacy with the protests. In the U.S., Georgetown University said last year it would raise $400,000 to benefit the descendants of enslaved people whom its administrators sold to finance the university two centuries ago.

Generals from the two countries met again on Thursday to discuss de-escalation in the Himalayan border zone where the brawl erupted, but satellite images indicated that Chinese troops had yet to pull back. Some Indian Army officers want to change the rules of engagement to allow guns at the border.

Bigger picture: Analysts say the new tensions will be the starkest test as to whether India is ready to jostle with a rising power. Prime Minister Narendra Modi has said he wants to play a more muscular role in the world. With China facing scrutiny over the pandemic, Indian officials have appeared emboldened to potentially draw closer to the West.

Another China fight: China on Friday indicted two Canadians, Michael Kovrig and Michael Spavor, on charges of spying and providing state secrets abroad, escalating Beijing’s punitive campaign against Canada over the arrest of a top Chinese technology executive. The two men have been detained since 2018.

If you have 7 minutes, this is worth it

Soccer is back in Europe, baseball in Asia and rugby in New Zealand. But in the United States, which has the world’s largest coronavirus outbreak, the return of sports is not going particularly well.

Several major leagues have announced comeback plans. But there are no regular-season games on public schedules, no clue as to when teams might play again in stadiums, and no firm plans for bringing back fans. One of our sports reporters looks at the disarray.

Hungary rights: Hungary’s restrictions on the financing of civil-society organizations are unlawful, the European Court of Justice ruled in a resounding rebuke to Prime Minister Viktor Orban.

In memoriam: Jean Kennedy Smith, a Kennedy clan sister who helped end decades of sectarian violence as the U.S. ambassador to Ireland in the 1990s, died on Wednesday at 92.

Climate and childbirth: New research examining more than 32 million U.S. births shows that pregnant women exposed to high temperatures or air pollution are more likely to have children who are premature, underweight or stillborn, with African-Americans most affected.

Snapshot: Above, students and artists working on a huge street mural reading “Power to the People,” which will be unveiled today in Detroit. Protest art has been boldly capturing the movement for racial justice.

Stolen van Gogh: New photographs of the painting from 1884, which was taken from a Dutch museum in March, have given experts hope it can be recovered.

What we’re reading: This article on Xi Jinping in Nikkei Asian Review. “The Chinese president turned 67 this week, an age that usually signals the final year in party office,” writes Carole Landry, on the Briefings team. “Here’s a look at the battle for influence shaping up in China’s corridors of power.”

Cook: This savory loaf packed with cheese and olives can be served with slices of tomato and onions, or eaten plain for a snack.

Watch: Our critics revisit “Nine to Five,” a comedy about three secretaries — played by Jane Fonda, Lily Tomlin and Dolly Parton — who stage a revolt against their chauvinistic, handsy boss. It was released in 1980, way before the #MeToo movement.

Do: Here are some tips on what you can do to attract birds to your garden.

At Home has our full collection of ideas on what to read, cook, watch and do while staying safe at home.

Jane Bradley, an investigative reporter based in London, got quite a surprise as she and her colleague Ben Mueller worked on an article The Times published this week: “England’s ‘World Beating’ System to Track the Virus Is Anything But.” Here’s the story.

I had just powered up my laptop to make the final edits to an article about the British government’s chaotic contact tracing system, expecting to see a typically bureaucratic response from officials to our latest questions.

A message from my co-reporter, Ben Mueller, pinged: Had I seen last night’s email from a senior press officer at the Department of Health and Social Care?

I darted to the thread, curiosity turning to astonishment.

Ben and I had interviewed more than a dozen contact tracers, public health officials and local government leaders and were hearing about how much wasn’t working. We’d looked at screenshots from a private Facebook group on which tracers were complaining that they were still waiting for login details two weeks after the program’s start. And we’d discovered that the secretive contract for the tracing effort with Serco, an outsourcing giant, cost the British government 108 million pounds, or about $136 million.

But when we asked officials a basic question — why they had halted contact tracing in March, before reversing course, the official line was that tracing had never stopped and to claim otherwise would be entirely wrong.

It began mundanely: The press officer said she was handing over my questions to colleagues. But a little deeper in, she accidentally included internal discussions about my query about the halt to contact tracing in March. “The answer to this,” wrote an official, “is we basically didn’t have the testing capacity.”

It was a rare and candid glimpse behind the curtains of Westminster and its usual political spin that the government, of course, did not want us to publish. The email was a “brief internal discussion” which was inadvertently sent and was not for quoting, their press officer said after I invited comment before publication.

But my editors disagreed. When a senior government press officer inadvertently reveals information in the public interest as part of an official response to newsworthy questions, journalists have a duty to report that — especially the parts that usually stay behind closed doors (or email).

That’s it for this briefing. Have a restful weekend.

P.S.
• We’re listening to “The Daily.” Our latest episode is about Joe Biden’s search for a running mate.
• Here’s today’s Mini Crossword puzzle, and a clue: Holder of Scrabble tiles (4 letters). You can find all our puzzles here.
• Today, The New York Times is commemorating Juneteenth, an annual holiday celebrating the end of slavery in the United States.

For Indian Women, the Coronavirus Economy Is a Devastating Setback

‘We Fascinated Them’: Shailah Edmonds on a Golden Era of Black Models 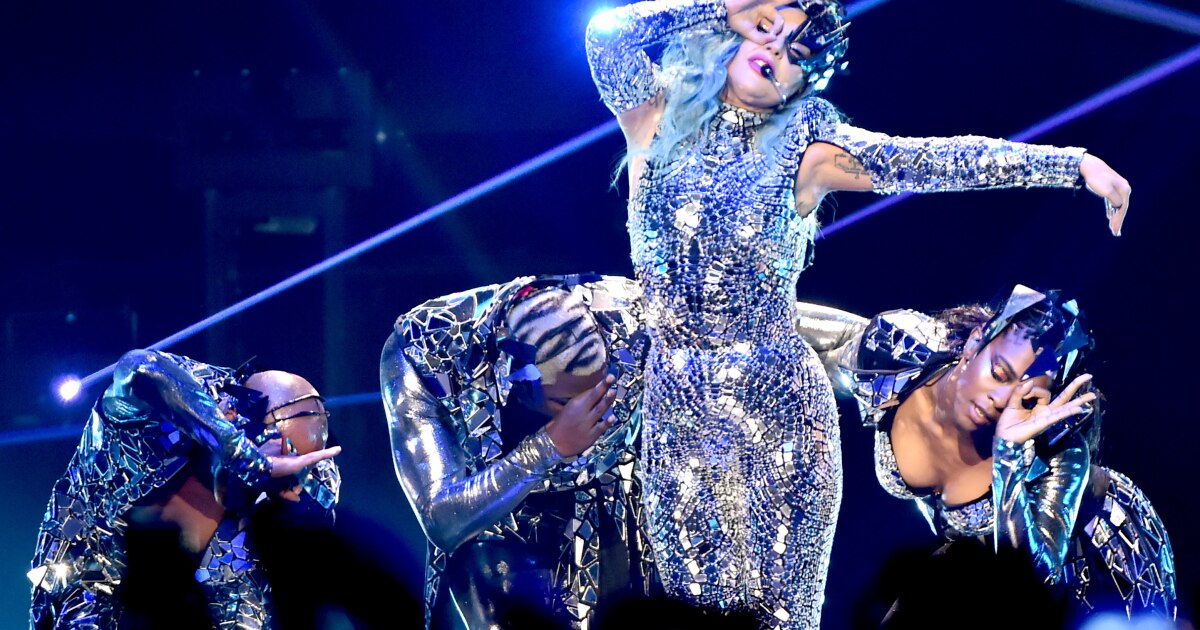 With ‘Chromatica,’ Lady Gaga wants you to dance your pain away. Would that you could…