Police and protesters clash in Belarus

Despite the heavy presence of riot police officers, masked men and what looked like soldiers, tens of thousands of protesters gathered in Minsk and in several other cities in Belarus on Sunday. Many waved the former national flag — a red and white banner that President Aleksandr Lukashenko scrapped soon after coming to power in 1994.

After weeks of protests, what had been a carnival atmosphere has been replaced by tension and fear as police officers revived some of the heavy-handed violence seen when people first took to the streets after the much-contested election. More than 400 people were arrested, the police said. Many said they had been beaten at the time of detention.

The protests come ahead of talks between Mr. Lukashenko and President Vladimir Putin of Russia on Monday — the first meeting between the two leaders since the crisis in Belarus began. The talks would focus on developing the “strategic partnership and alliance” between Russia and Belarus, Mr. Putin said.

Analysis: Mr. Lukashenko cannot possibly expel or jail everyone in Belarus who wants him gone, said one opponent, and so “does not know what to do anymore. Our strategy of peaceful protest really works.”

Opinion: The crackdown on peaceful protests over a blatantly fixed election is an affront to everyone who cherishes democracy and elemental fairness, writes the Times’s editorial board.

Infections in Britain have reached levels not seen since May, with 3,330 new infections reported, in the third consecutive day of new case counts surpassing 3,000.

In attempt to curtail the virus’s spread, the British government has capped the number of people who can meet in a group at six, as of Monday. On Friday, the British police imposed a fine of 10,000 pounds (about $12,800) on a university student who had hosted a party with more than 50 guests at his off-campus housing.

The country continues to experience problems with its testing and contact tracing systems. Though the government says it has processed about 200,000 coronavirus tests each day in the past week, people throughout England have reported that they cannot obtain tests in their local areas or have been asked to travel hundreds of miles to be tested. A spokeswoman from the Department of Health acknowledged in a statement that there was significant demand for tests.

Britain’s laboratories are so overstretched that there is a backlog of 185,000 swabs, according to a report in The Sunday Times. The country is consequently sending swabs to laboratories in Europe to be processed.

Here are the latest updates and maps of the pandemic.

In other coronavirus developments:

An uncertain future for thousands of migrants in Greece

After fires destroyed the camp known as Moria last week, about 12,000 people — 4,000 of them children — are stranded without shelter or sanitation on the Greek island of Lesbos, most of them packed along a 1.5-mile stretch of coastal road. Many have attempted to fashion makeshift tents out of blankets and bamboo poles or are resting on tombstones and on the side of the road. A coronavirus outbreak seems all too likely.

The fires have intensified what was already a humanitarian disaster on the Aegean Islands, where Europe warehouses tens of thousands of migrants in overcrowded camps with severe shortages of toilets, showers, medical care and even food. Moria had for years been a byword for misery, an unflattering emblem of European policy.

Official response: The razing of the camp “was a tragedy,” Prime Minister Kyriakos Mitsotakis of Greece said in a speech on Sunday. “It was a warning bell to all to become sensitized. Europe cannot afford a second failure on the migration issue.”

If you have 15 minutes, this is worth it

Shyamala Gopalan and Donald Harris grew up under British colonial rule on different sides of the planet. As young adults, they were both drawn to Berkeley, Calif., and became part of an intellectual circle that deeply influenced them.

Our reporter Ellen Barry looks at the lives of the Democratic vice-presidential nominee’s parents in the Berkeley of the 1960s, “a crucible of radical politics, as the trade-union left overlapped with early Black nationalist thinkers.”

U.S. Marine deported: Lance Cpl. Joseph Scott Pemberton left the Philippines on Sunday. He had received a pardon from President Rodrigo Duterte for the killing of a transgender woman, angering gay and transgender rights activists as well as nationalist groups.

West Coast wildfires: At least 20 people have died in the fires raging in California, Oregon and Washington, with dozens more missing and peak fire season only beginning.

Snapshot: For about a year, posters denouncing sexual abuse and the murder of women, above, have popped up by the hundreds in Paris, despite the fact that posting on public walls is considered vandalism and is illegal.

Lives lived: The British designer and retailing magnate Terence Conran, who sought to revolutionize the sensibilities of a rising British middle class, died at 88 on Saturday at his country home in Berkshire, England.

What we’re reading: This article in Outside about a young American missionary who traveled to a remote Indian Ocean island to convert an uncontacted tribe to Christianity and was killed by the islanders. Jill Taylor, an assistant standards editor, describes it as a “gripping, sensitively written account” that is “well worth the time it takes to read.”

Even stuck at home, there’s plenty to read, cook, watch and do. Our At Home collection is full of fun ideas.

When home is everywhere and nowhere

Noor Brara, a writer, was raised between New York and New Delhi. She is a “third-culture kid,” a term coined for expatriate children who spend formative years overseas, relocating frequently in a world of hybrid cultures. She wrote about her experiences and about an upcoming HBO series about TCKs, as they are known. Here’s an excerpt from her article in our Style Magazine.

If asked, any third-culture kid will tell you that shape-shifting — rousing one of the many selves stacked within you to best suit the place you’re in — becomes a necessary survival skill, a sort of feigned fitting in that allows you to relate something of yourself to nearly everyone you meet.

As someone raised between New York and the diplobrat bubble of an international school in New Delhi, where friends would come and go every few years, I became adept at calibrating myself to find the points of connection between us, able to relate equally to someone from South Korea, Iceland, Japan, Italy or Jamaica, in many cases more so than to other Indian Americans whose lives, at least on paper, read closer to my own.

While all of this contributed, certainly, to feeling perennially adrift (according to multiple studies by the American sociologist Ruth Useem and others, much as they may try, adult TCKs never wholly repatriate culturally), it blotted the sensation of feeling like we’d “grown up at an angle to everywhere and everyone,” as the writer Pico Iyer — of Indian parentage, raised between England and California, who now lives between California and Japan — told me during a recent conversation.

“Growing up with three cultures around or inside me, I felt that I could define myself by my passions, not my passport,” he said. “In some ways, I would never be Indian or English or Californian, and that was quite freeing, though people may always define me by my skin color or accent. But also, because I didn’t have that external way of defining myself, I had to be really rigorous and directed in grounding myself internally, through my values and loyalties and to the people I hold closest to me.”

Thanks for starting the week with me. See you next time.

P.S.
• We’re listening to “The Daily.” Our latest episode is about wildfire season in the American West.
• Here’s our Mini Crossword, and a clue: “So old, it’s new” (Five letters). You can find all our puzzles here.
• The word “semiquincentennial” — referring to the 250th anniversary of the founding of the United States, which will occur in 2026 — appeared for the first time in The Times this weekend, according to the Twitter bot @NYT_first_said.
• New York Magazine profiled the Times media columnist, Ben Smith. His latest piece focuses on The Intercept’s failure to protect a key source.

China is defensive. The U.S. is absent. Can the rest of the world fill the void?

Just another patient: Nurse after British PM Boris Johnson praises her for treatment 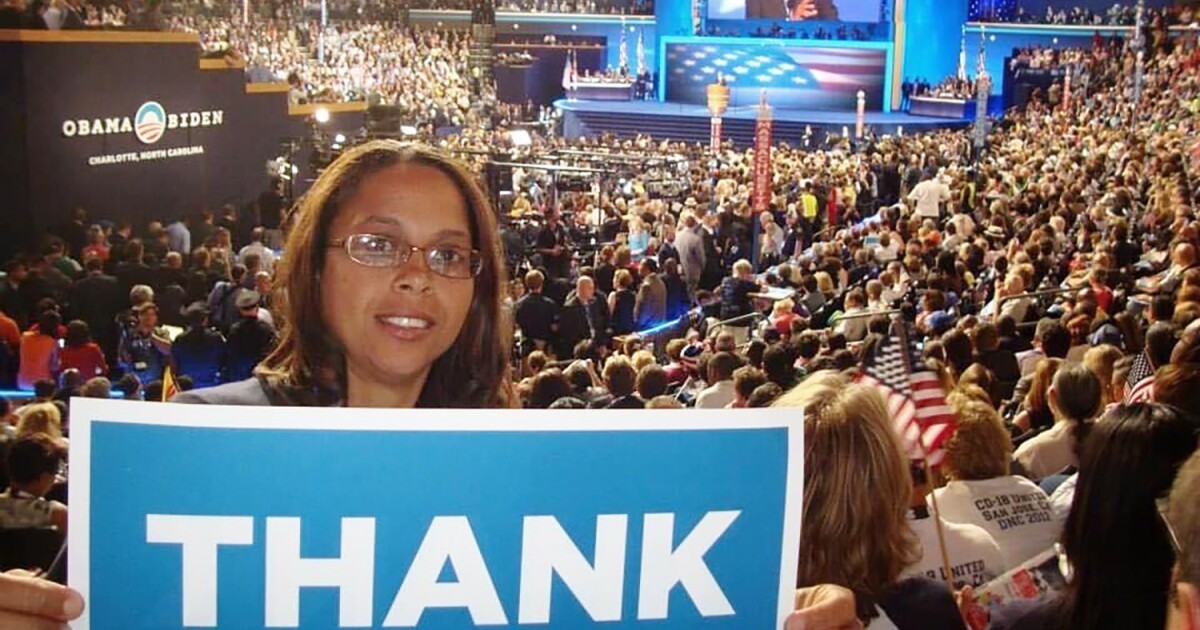 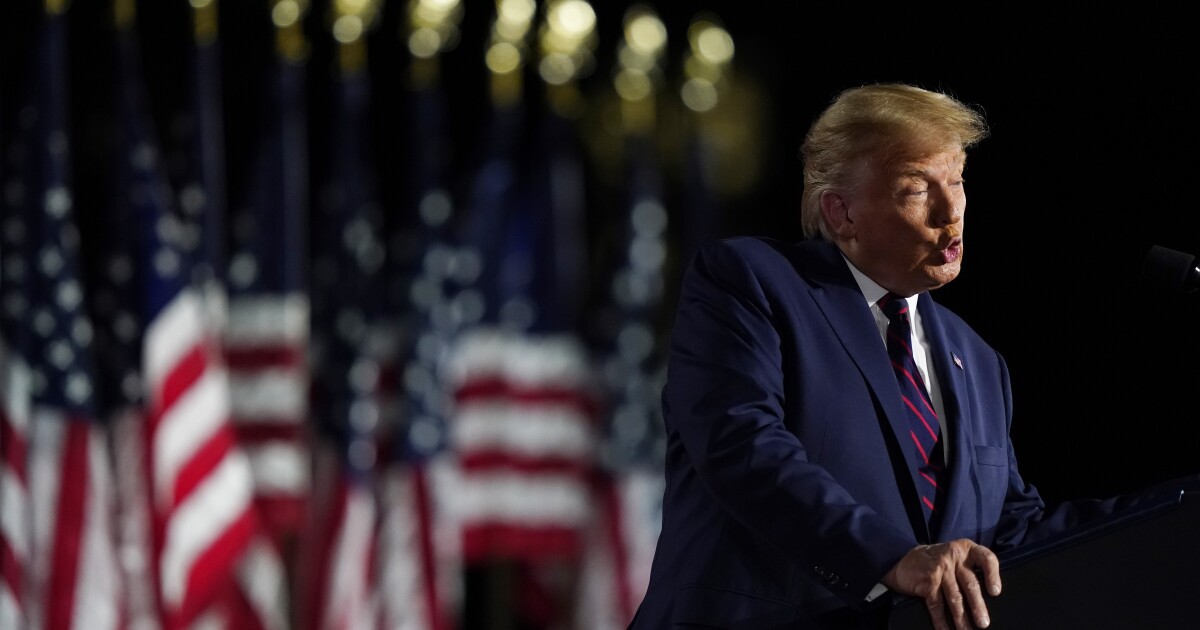